PETALING JAYA - A viral Facebook post alleging a veteran soup kitchen volunteer has been trying to sexually groom teenage girls has led to revelations that he has been targeting girls in churches and NGOs for over 15 years.

In the screenshots of the conversation between the two, the man called her his "little sister" and repeatedly asked to meet her face to face.

The girl told the man that she was not comfortable about meeting him, but he continued to pester her.

Cheah said they later learnt that the man had also approached a 20-year-old volunteer last year.

"Never in my worst fears did I expect an adult veteran volunteer known in the activist community to behave in such manner, even to the inclusion of underage girls," Cheah said.

In the comments section of the Facebook post, more women came forward, saying they had been approached by the man as far back as 2003.

"Fifteen years on, and he's still at it... This guy preyed on both my sister and I when we were teenagers, always the same modus operandi, pet brother/sister," Avril Chan claimed.

Zevy Lily claimed she and a friend encountered him when she was 12.

"He would ask me to meet up with him, and I would tell him my parents wouldn't allow it. To which he responded: he wouldn't mind picking me up or meeting me nearby," Zevy said. 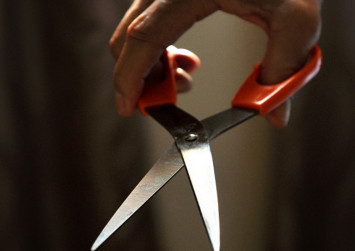 "I blocked him but he continued to stalk my friend. Messaged her like half a year ago to tell her that he saw her at Mid Valley... telling her she's pretty and all grown-up," she added.

A church-goer, who declined to be named, told The Star that the man was also known to target young girls in churches and schools.

"He met my sister at Christian Fellowship in school when she was in Form Four," she said, adding that this happened in 2003.

"He kept calling her, and when she ignored his calls, he would call her from different numbers," she said.

"We also know that he was targeting young girls at a church," she added.

She said the victims did not make any police report, because no crime was committed.

Child sexual grooming was not a crime in Malaysia until 2017 when the Sexual Offences Against Children Act came into effect on July 10.

Section 13 defines child grooming as "any person who communicates by any means with a child for the intention of committing an offence under the Act", and carries a maximum punishment of five years imprisonment and whipping.

Section 14 highlights the offence of meeting a child following grooming, which is punishable with a maximum 10-year imprisonment and whipping.

Food Aid Foundation director of operations Hayati Ismail urged non-governmental organisations to conduct a background check on their volunteers, especially on those working with young children.

Cheah said they have banned the man from attending any event organised by Kembara Kitchen and other affiliated groups.

"Such things must not be swept under the carpet. Such behaviour (should not be) not condoned," he said.