The 29-second viral video circulating on social messaging application WhatsApp, showed a stockpile of €500 notes stacked on top of a hydraulic lifting trolley, as well as stacks of bills in other denominations.

Footage from the video also showed some of the money was half burnt, and even a part of the wall was charred.

The text accompanying the video in the WhatsApp message said that €4bil was found in a man's house in Cameron Highlands. 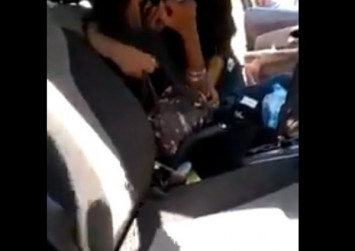 It added that when police came to check the house, the wife of the man had tried to burn it, but failed to destroy all the money.

A Google Reverse Image search of the video found that it had previously been linked to Nigerian scammers, allegedly corrupt leaders in Nigeria, Cameroon, Italy and even embattled Russian senator Rauf Arashukov, who was arrested over his alleged role in ordering two contract killings.

According to The Observers, a television show affiliated to French news agency France 24, the video was actually an art installation titled "European Dream" in Madrid, Spain, by Spanish artist Alejandro Monge.

The Observers said the video was filmed by someone who had visited the Art Madrid festival in February 2018.

The Observer reported that Monge was aware that his art installation was being used to spread false claims, adding that the artist had told them that his installation was a "commentary on modern society and how everything revolves around money".

"I believe that money is the god of contemporary society. My sculpture is made up of about 500,000 hand-painted fake bills made out of resin," Monge said.

Further checks by The Star found that the identical layout of the video, including the charred wall, were featured on Monge's Instagram account.

There were also pictures of the half-burnt notes on his page with the caption "art madrid" and "art fair" dated Feb 25, 2018.

Monge has numerous other art pieces that deal with euro bills as its main theme. The euro bills can be seen placed in blue Ikea carrier bags, bundled in 4WDs, and even in the stomachs of teddy bears.

Monge's official website also had images of money-themed art installations dating back to 2014.

Previously, there had been allegations that Nadarajah was linked to the Malaysian Anti-Corruption Commission (MACC) investigation on the development of land belonging to the Batu Caves temple committee.

The three individuals were said to be committee members of a Hindu temple in Batu Caves, and one of them was a high-ranking official with the title "Tan Sri".

A Hindu religious association had called on the temple committee to come clean over the development of a parcel of land in Jalan Kuching that belonged to the committee.

The association claimed to have received "complaints and shocking information" related to the land deal.