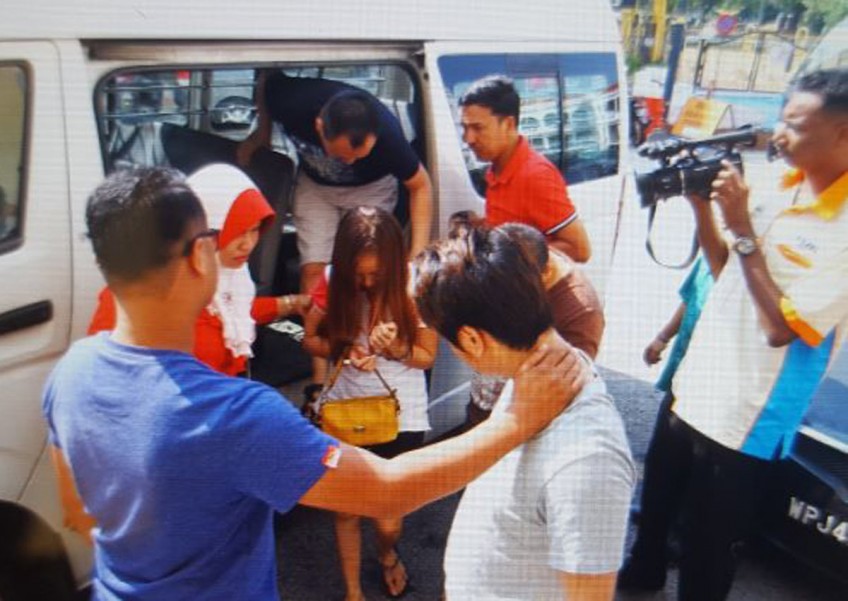 A Vietnamese women and three other men were brought to George Town Court for remand order related to Uber driver being beaten by a group of men in Paya Terubong.
The Star/Asia News Network

GEORGE TOWN - Four people, including a Vietnamese woman who claimed she was sexually harassed by an Uber driver, have been remanded for four days.

Assistant court registrar Muna Maria Azmi granted the remand order Friday on the 43-year-old woman and the three men, aged between 27 and 32, who allegedly beat up the Uber driver on Wednesday.

The four are being probed under Section 148 of the Penal Code for rioting with weapons.

It was reported that the Vietnamese woman claimed that she was forced to hold the private parts of an Uber driver. She initially did not want to make an issue of it until the driver called her later and harassed her.

She informed her husband about it, which led to a group of men bashing the Uber driver on Wednesday.

It was reported that George Town OCPD Asst Comm Anuar Omar said the Uber driver has since denied the Vietnamese woman's allegations and claimed that he did not know why he was beaten.

The Uber driver, the woman's husband and his two friends were remanded for four days on Thursday.

The police said the driver is being investigated under Section 354 of the Penal Code for assault or use of criminal force with intent to outrage a person's modesty.