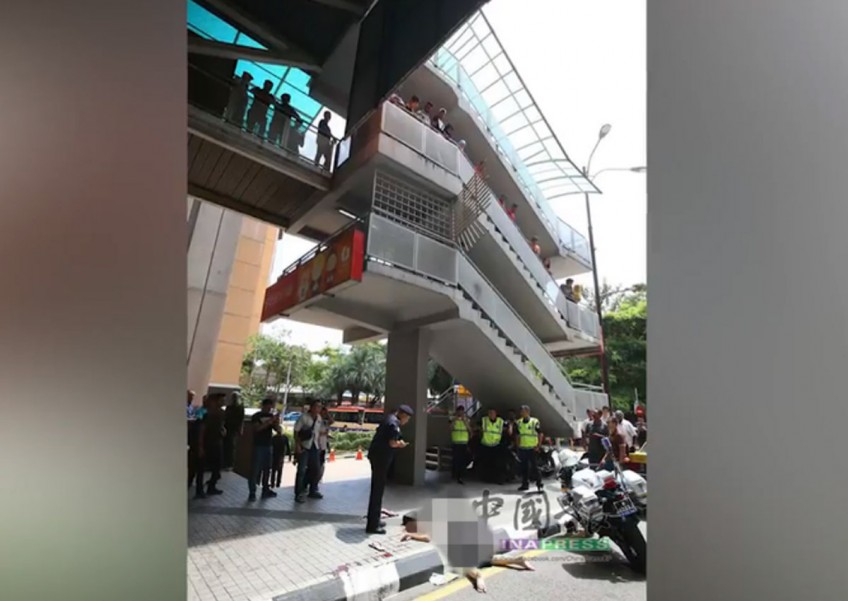 KUALA LUMPUR - A Vietnamese woman died after she was believed to have fallen from the third floor of a monorail station in Jalan Imbi here.

Dang Wangi OCPD Asst Comm Mohd Sukri Kaman said police were alerted by the public at 1.22pm on Sunday. Passers-by and commuters saw the woman fall from the station.

ACP Mohd Sukri said investigations at the scene revealed that the deceased was a Vietnamese national in her 20s.

He said her passport showed that she had entered the country on Sept 10.

ACP Mohd Sukri added that the body was sent to Kuala Lumpur Hospital (HKL) for a post-mortem.

He added that there were no criminal elements found in the case.

"Police are also investigating how the victim fell." he said.

ACP Mohd Sukri said the case had been classified as sudden death.