'Volcanoes' pull in crowds of tourists at Malaysian site 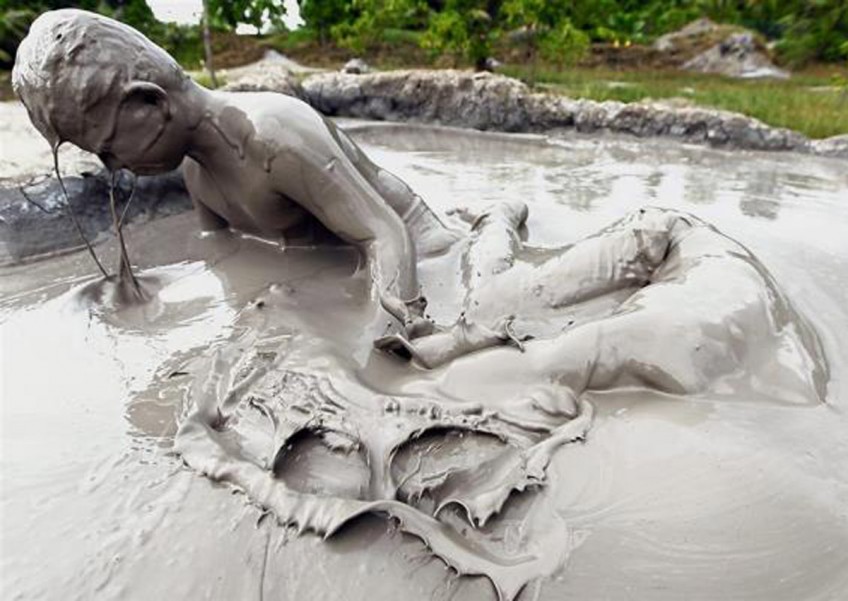 LIMBANG - The strange phenomenon of "mud volcanoes" - mounds of varying sizes from which thick grey mud bubbles to the surface - have become a tourist attraction at Kampung Meritam, near here.

Locals and foreigners alike have been flocking to the 4ha site, about 35km from Limbang town, curious to witness the occurrence.

Some even chance a dip in the mud-filled craters.

Kampung Meritam headman Mahmud Gampal said the mud volcanoes have existed in the area for a long time.

"Some people believe it has healing properties for skin diseases, although no studies have been done on this," he added.

"Japanese and European tourists like to bathe in the mud. You can lie down in it and float."

Mahmud said the mud makes a popping sound when the bubbles burst every few minutes.

The mud volcanoes at Kampung Meritam range in size from less than a metre to several metres wide and about a metre high. The largest can accommodate up to six people at a time.

There are about 25 active mud volcanoes at the site, most of which were formed recently.

According to the World Landforms website, mud volcanoes are hills or mounds created by mud ejected from underground by geothermal activity.

They are not real volcanoes and do not produce lava or ash.

One of the largest and most well-known mud volcanoes is Lusi in Indonesia, which is reportedly over 9km wide and 700m high and has been gushing mud since 2006.

The biggest concentration of mud volcanoes can be found in Azerbaijan, where there are at least 400.