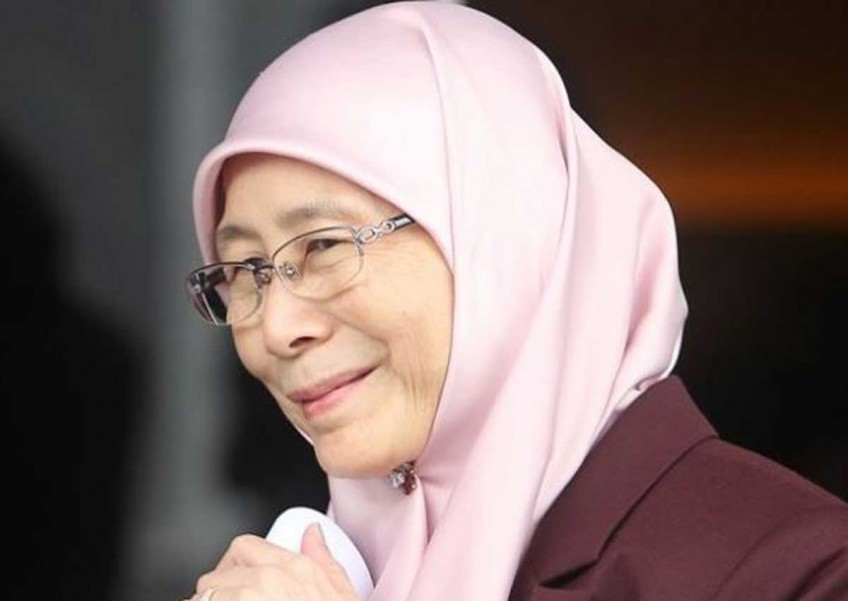 The motion was submitted at 1pm at the office of Speaker Tan Sri Pandikar Amin Mulia.

Although the motion was accepted by Pandikar's office, a decision has not been made on whether it will be included in the order paper for the current sitting, which will be discussing Budget 2016.

A total of 112 votes from the 222 parliamentarians are needed for the motion to be passed.

Even with the support of PAS, the Opposition can only garner 88 votes.

After the suspension of DAP adviser and Gelang Patah MP Lim Kit Siang from the Dewan Rakyat, the number is down to 87.

"You have to wait and see," Dr Wan Azizah, who is PKR president, said at the Parliament lobby when asked if any government MP would support the motion.

She added that Pandikar received the motion even though he earlier suggested that the Opposition submit names of those who would back the motion.

"It must be noted that the motion only relates to the loss of confidence in Datuk Seri Najib, but not in the Government.

"This is because I and many others irrespective of political affiliation believe that the difficult economic, social and political crisis this country is facing is due to the leadership crisis in the country.

"We must put aside our politics and put the interest of this nation above all else," she said.

The previous motion of no confidence, which was submitted by Hee Loy Sian (PKR-Petaling Jaya Selatan), would be considered void with this new submission.

In a related development, Umno veteran Tengku Razaleigh Hamzah said Barisan MPs also had the right to vote for the motion of no confidence against the Prime Minister.

The Gua Musang MP said it was unlikely that Barisan backbenchers would vote against the Budget.

"But if they think that on substantive issues they should oppose the Prime Minister himself and not the Budget, then they may have a right to do it," he told reporters.