Wanted man in Penang tries to run down cop 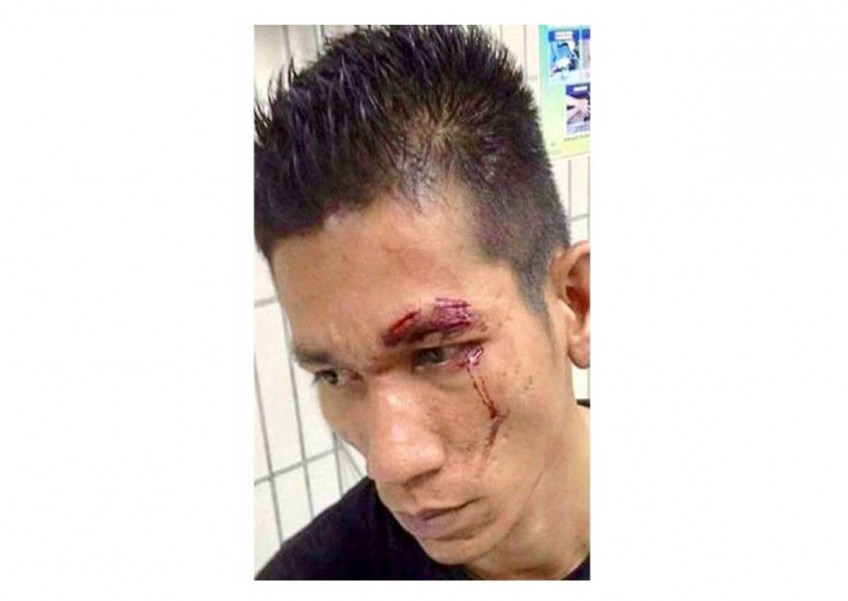 GEORGE TOWN - A police lance corporal had a close shave with death when a wanted man almost ran him down with a car.

L/Kpl Md Khai­­ruddin Ab Razak (pic), 32, left his patrol car at Le­­buh Nipah in Sungai Nibong to signal the man to pull over. The culprit then alle­gedly tried to ram L/Kpl Md Khai­ruddin. He suf­fered injuries on his forehead and the back of his head.

The incident, which happened at around 7am on Saturday, also da­­maged the left side of the patrol car.

He said a 16-year-old passenger got out and the driver sped off.

ACP Mior Faridalathrash said the teenager was arrested and police had identified the 27-year-old driver.

"He escaped in a maroon Proton Wira Aeroback bearing the number plate MBA 2688.

"Those who have spotted the car or have any information about the driver should contact the nearest police station," he said.

ACP Mior Faridalathrash said the suspect was believed to have ha­­rassed a woman at a flat in Sungai Nibong several hours earlier.

Two policemen from the Sungai Nibong police station were deployed to the scene when the woman made a distress call at around 4.30am. When they were about to inspect the car, the driver tried to ram the officers.

The policemen then requested help from the district police headquarters to track the car.