Watch out for flight thieves taking bags from overhead cabins, even in business class 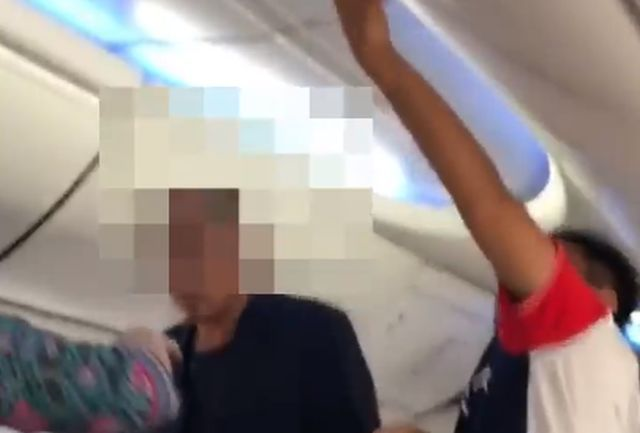 PETALING JAYA: Be wary of thieves on flights, even in business class.

This was the warning given by Facebook user Faiz Mokhtar, when he was almost robbed by another passenger on a flight back to Kuala Lumpur from Ho Chi Minh City via Malaysian Airlines on Wednesday (Aug 15).

He said that one of his four travel partners spotted a passenger taking his laptop bag from the overhead cabin directly above his own seat.

"My partner alerted me to check on my bag and true enough it was gone.

"I went to the man’s seat and caught him off guard going through my bag and his left hand holding some of my foreign notes currency (Euro and USD notes), looking like he was about to keep them in his pocket," he wrote in a Facebook posting at about noon today (Aug 18) in a Facebook group.

Faiz said that he and his business partners confronted the suspect.

He was most worried if the suspect had taken his travel documents or planted any drugs into his bag.

"We then alerted the stewardess who was quick to take the necessary actions," he said, adding that the suspect was taken off the plane after security and police were contacted.

He also thanked MAS and its crew for their professionalism in handling the matter and calming the passengers onboard. .

"It was quite dramatic as so many things could have happened and gone wrong.

Faiz said the stewardess "handled it professionally" even though it was her first time experiencing it first hand (though cabin crew are well aware of this type of crime).

"My biggest gratitude and respect to the Lead Stewardess, Ms Mazlinda of Malaysia Airlines for her unwavering calmness and diligent work in ensuring the man was handled accordingly," he said, adding that she had remained in Vietnam to make the police report on his behalf.

Faiz added that he was informed of a "syndicate" that conducted this kind of theft on China, Hong Kong and Vietnam flights.

"So everyone, please be careful of your belongings... and do travel in groups when possible," Faiz wrote.

"Criminals are indeed everywhere, even in the air, and they sure can (even) afford business class!"

MAS, in a written statement to The Star, confirmed that the staff had apprehended a passenger for the in-flight theft on the said flight.

"The operating crew offloaded the passenger and lodged a report with the local police.

"MAS’ cabin crew are trained to deal with such situations.

"They are also prepared for various situations to ensure our passengers have a safe and pleasant journey," it said.

The airline also reminded all passengers to ensure that their valuable items are with them at all times.