Were Mahathir’s remarks about ‘reclaiming’ Singapore aimed at Johor’s sultan?

Speaking in an event on June 19, the 96-year-old referenced how areas once deemed part of the so-called Malay lands, or "Tanah Melayu", had been ceded in the past.

In particular, he mentioned the loss of territory on Peninsular Malaysia's border with Thailand as well as the Riau Islands and Singapore.

He also mentioned the rocky outcrop of Pedra Branca - which the world court in 2008 said belonged to Singapore following a territorial dispute between the neighbours.

"We should demand not just that Pedra Branca or Pulau Batu Puteh be given back to us, we should also demand Singapore as well as the Riau Islands, as they are 'Tanah Melayu'," he was reported to have said.

In a statement on Thursday (June 24), Mahathir said his comments had been misreported. "I am not asking Malaysia to claim the land that we had lost," he said. "I am trying to point out that we are so concerned over losing a table-size rock but never about bigger parts of Malaysia when they were taken from us."

He suggested it was the mistake of the government of the state of Johor - whose hereditary monarchs he has long sparred with - to have denied in the past that Pedra Branca belonged to the state. "Had that denial not been made, there would be no dispute," he said. 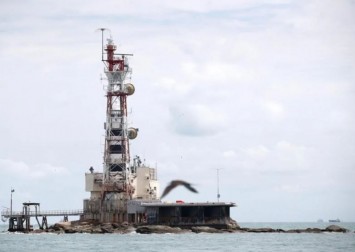 In his statement, Mahathir referred to another territorial dispute - with Indonesia , over the islands of Ligitan and Sipadan. In 2002, the world court ruled that both islands in the Celebes Sea belonged to Malaysia.

He said Malaysia needed to be grateful for that victory and "thankful that Indonesia has not disputed the ward". He added: "Really, we are not grateful for our gains".

In Singapore, Mahathir's remarks - as initially reported by the national daily The Straits Times - evoked strong reactions on social media.

Social media users from the city state lambasted the two-time former prime minister for fomenting ill will between the neighbours.

Others noted the veteran politician's reputation for a hawkish stance on the city state, which separated from Malaysia in 1965 following a brief and stormy union. 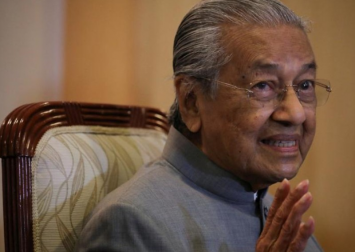 "In a time when the world is facing many challenges, a senior politician should not be making baseless statements that can harm friendships," he said.

Reaction in Malaysia has been starkly different, with commentators saying it was likely that Mahathir's out-of-the-blue comments about the territorial disputes were in fact veiled jabs aimed at Sultan of Johor Ibrahim Ismail rather than Singapore.

Ibrahim, in remarks to the Johor state assembly on June 16, referenced a 2018 decision by the federal government, led by Mahathir at the time, to withdraw an appeal to the world court over the Pedra Branca case.

Ibrahim had said in his speech that "Johor was also not consulted at all when the decision involved its land and sovereignty".

The appeal was initially lodged by the government of Najib Razak, who was defeated by Mahathir's Pakatan Harapan alliance in 2018's poll.

The victory swept Mahathir back to the prime ministership he held from 1981 to 2003, but his second stint in power was short-lived after his government collapsed in March 2020 amid internal strife.

Mahathir and Sultan Ibrahim's family have had testy ties stretching back to the 1980s.

An ardent Malay nationalist, Mahathir clipped the wings of the country's Malay royals in the 1990s, and has often aimed barbs at the Johor sultanate over its role in ceding control of the island of Singapore to Britain in return for monetary gains in the 1800s.