What do latest political twists in Malaysia mean for PM Muhyiddin Yassin?

Malaysian Prime Minister Muhyiddin Yassin is facing a fresh political crisis after the leader of a key party in the ruling coalition pulled its support for him.

Eighteen months on since the start of the pandemic, Malaysia ’s Covid-19 statistics paint a grim picture.

The daily new caseload on Thursday (July 8), for instance, stood at 8,868 – the second-highest tally on record. Over 800,000 people have been infected, making the country the third worst-hit in Southeast Asia after Indonesia and the Philippines.

A crippling third national lockdown, first imposed on June 1, remains in force and will only be lifted when the daily new caseload drops below 4,000 – an occurrence unlikely to happen for months.

However, this week’s fresh twists in Malaysia’s soap opera-style politics give the impression that this startling state of affairs is a secondary priority for the country’s politicians.

A power struggle that dates back to the political coup through which Prime Minister Muhyiddin Yassin won power in March last year remains a key focus instead.

With all due respect, the politics taking centre stage makes me sick. The press must lead with reports of deaths, hospitals overwhelmed etc etc. not the low class politics being played.

In the small hours of Thursday, Ahmad Zahid Hamidi, the leader of the country’s biggest political party and a key ally in the ruling coalition, stunned commentators by declaring in a virtual press briefing that the party no longer backed Muhyiddin.

Zahid called on Muhyiddin to resign immediately, saying his United Malays National Organisation (Umno) could no longer tolerate being part of a “failed” administration.

Umno, the country’s ruling party from 1957 to 2018, is currently splintered with one side backing Muhyiddin and another aligned with Zahid and the ex-premier Najib Razak.

It is unclear how many of Umno’s 38 lawmakers backed Zahid, and the Malaysiakini portal said party leaders had resolved to allow MPs to determine on their own whether they would support the Muhyiddin administration. 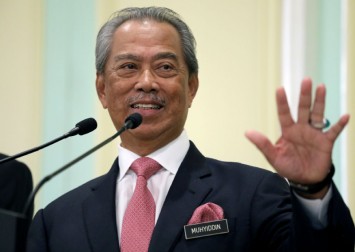 The prime minister’s own Parti Pribumi Bersatu Malaysia (PPBM) has just 32 seats, meaning he crucially requires the backing of allies like Umno to command a simple majority of 112 seats in the 222-seat legislature.

Muhyiddin did not immediately respond to Zahid’s comments but in the late afternoon, attorney general Idrus Harun said the prime minister and cabinet remained the legitimate executive authority as there were no “clear facts” that the Perikatan Nasional ruling alliance had lost its simple majority.

The constitution stipulates that support for a sitting government is determined by individual MPs rather than by parties or party leaders, Harun said in a statement.

It was unclear if Zahid’s comments meant Umno would en masse pull support for Muhyiddin.

Here are the key things to know as a political whirlwind once again takes shape in Malaysia.

Faced with assertions from within Umno that he may have rode roughshod with his earlier media briefing, Zahid said in a Facebook post on Thursday afternoon that the decision – which he said was made by the party’s highest decision making body – was in keeping with the wishes of rank and file party members.

Online, commentators speculated that the politician was tightening the screws on Muhyiddin not for altruistic reasons but to save his own skin. Zahid and Najib are part of what pundits have dubbed “Kluster Mahkamah” or the Court Cluster, referring to the fact that the two leaders and several others are facing criminal charges for corruption.

Najib has been sentenced to 12 years in prison in the first of several trials linking him to the 1MDB financial scandal, while Zahid faces 47 charges of criminal breach of trust, bribery and money laundering in a case involving a charity foundation of which he is a trustee.

Both leaders have insisted they are innocent and that the cases are part of a political witch hunt following their 2018 ousting from power.

Muhyiddin refrained from handing Zahid, Najib and others from the so-called Kluster Mahkamah cabinet positions, though his government depends on their votes for its slim parliamentary majority.

In recent months, Najib and Zahid have ratcheted up pressure on Muhyiddin over his handling of the Covid-19 crisis.

Lawmakers can signal they no longer have confidence in Muhyiddin and his government through a no-confidence vote or by defeating a budget or motion thanks to the king.

Malaysia’s parliament next sits on July 26 – for the first time since January when Muhyiddin declared a state of emergency citing the country’s worsening Covid-19 situation.

The upcoming sitting is extraordinary as it will last just five days compared to the usual weeks-long session. It is being held after the country’s king pressured the government to convene the legislature so that lawmakers could be apprised on Covid-19 policies.

It is unlikely that Zahid and others who are seeking Muhyiddin’s ouster will be able to find the means to initiate a no-confidence vote during this sitting. Instead, they may have to wait for a subsequent session.

Political scientist Wong Chin Huat said in any case, “the government won’t collapse due to Umno’s pull-out, because a negative majority against Muhyiddin does not equate a positive majority for his alternative.” 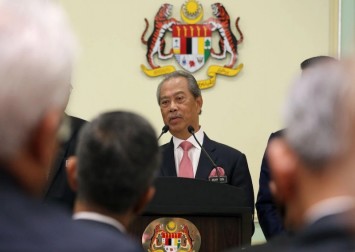 The two names highlighted by commentators are Ismail Sabri and Hishammuddin Hussein. Both are Umno stalwarts.

Hours before Wednesday’s Umno meeting to discuss the future of cooperation with Muhyiddin, the prime minister promoted Sabri to deputy prime minister while Hishammuddin – the current foreign minister – was made the senior minister in charge of security affairs.

The two politicians, who have served long stints in cabinet under previous Umno governments, are currently viewed as part of the camp within their party that backs Muhyiddin.

Their elevation on Wednesday however dimmed the prime ministerial prospects of Azmin Ali, the senior minister in charge of economic affairs who is from Muhyiddin’s PPBM.

Azmin and Hamzah Zainudin, the current home minister, were the architects of the political coup that enabled Muhyiddin to grab power from the Pakatan Harapan alliance last March.

Muhyiddin had named Azmin as his de facto number two after he took power. 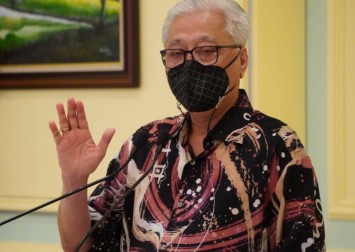 If Muhyiddin were to resign, the country’s constitutional monarch, Sultan Abdullah Sultan Ahmad Shah, would have to determine which MP has the support of a majority of lawmakers to form a new government.

The opposition Pakatan Harapan, or Pact of Hope alliance, lost power to Muhyiddin after 22 months in government. It had earlier staged an audacious showing in the 2018 general election to end Umno’s 61-year stronghold on power. But infighting and manoeuvring by the likes of Muhyiddin, Azmin and Hamzah – all Pakatan Harapan defectors – led to last March’s coup.

The prime minister at the time, the elder statesman Mahathir Mohamad, is now the leader of his own Pejuang party, which is distinct from Pakatan Harapan.

Since that unceremonious removal from the corridors of power, Pakatan Harapan’s leader Anwar Ibrahim has repeatedly claimed that he was on the verge of forging a parliamentary caucus to topple the Muhyiddin government and become prime minister.

Those plans have not come to fruition, and Zahid, the Umno leader, said he would not back a government that included Pakatan Harapan.

In response to Zahid’s withdrawal of support for Muhyiddin, however, Pakatan Harapan said Muhyiddin was obliged to resign immediately as he lost both a simple legislative majority and “legitimacy as prime minister”.