A vial of the AstraZeneca Covid-19 vaccine.

Malaysia ’s decision to exclude the AstraZeneca vaccine from its main Covid-19 inoculation drive is the latest vote of no-confidence in the jab, and complicates an already sluggish roll-out of vaccines across Asia.

China on Thursday (April 29) beat the United States in terms of total doses administered but Thailand, the Philippines and India are scrambling for available doses while in Hong Kong, take-up of a vaccination programme open to anyone above the age of 16 has been lacklustre.

On Wednesday, Malaysia’s coordinating minister for vaccinations Khairy Jamaluddin said the 268,000 doses of the British-Swedish vaccine it received last week would only be offered as part of a separate opt-in, given public hesitancy over the perceived risks of blood clots – a side effect for a tiny percentage of those who had taken the vaccine.

“We do not want to waste this vaccine which is effective and safe, but at the same time, we understand that in this period, perhaps science and facts cannot overcome people’s fears and fake news that have gone viral,” said Khairy.

Malaysians can still opt for the jab at a selected vaccination centre in the state of Selangor, where the capital Kuala Lumpur is located, but only China’s Sinovac Biotech vaccine and the Pfizer-BioNTech shot will be offered at government vaccination centres nationwide.

Malina Osman, an epidemiologist at Universiti Putra Malaysia, said she believed authorities had made a “wise move” to allay public concerns and encourage vaccine uptake.

“There are many individuals who are now eagerly waiting for the Covid vaccine but need to wait due to the scheduling process of the programme,” Malina said.

“Hopefully with the up-to-date information on the safety and effectiveness of the vaccine, more people will be empowered to decide best for their health quality and come forward voluntarily to get the vaccine.”

Azrul Mohd Khalib, CEO of the Galen Centre for Health and Social Policy, welcomed the separate opt-in, saying it had “ the potential to accelerate the vaccination uptake similar to what could happen if a private option were to be offered”.

Malaysians above the age of 18 are currently eligible for free vaccinations. Only about 4 per cent of the population of 32 million have received at least one dose as the country faces a spike in cases that has brought its infection count to nearly 400,000.

But Yanzhong Huang, a senior fellow for global health at the Council on Foreign Relations, expressed concern that Kuala Lumpur’s decision would do widespread damage to trust in the vaccine.

“The government decision might be responding to public concerns about safety only, but if the decision is not based on the assessment of actual risks, the decision risks vindicating the fear and worries over the vaccine, further discouraging its use in Malaysia and other Asian countries,” Huang said.

“This, in turn, could undermine the global vaccination efforts, at a time when access to vaccines remains a major concern in the lower- and middle-income countries.”

Malaysia had secured a total of 12.8 million doses of the AstraZeneca vaccine under the Covax Facility, a global initiative set up to ensure fair access to vaccines. Khairy, the science minister, said in March the country would receive the first 600,000 vaccine doses by June.

Vaccine supply remains a major concern in poorer parts of the region, with countries including the Philippines and India reportedly looking to other countries such as the US to share excess AstraZeneca doses.

Sinovac is an important part of Southeast Asia’s vaccine drive, including in Indonesia, Philippines and Thailand.

Read Also
Malaysia says AstraZeneca vaccine safe, will be used for over 60s 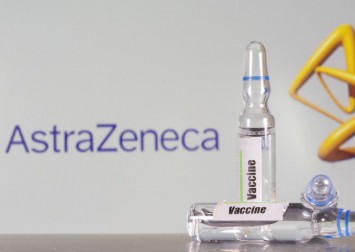 Its efficacy is poorer compared to others and no developed country has used Chinese vaccines, though the World Health Organisation is currently considering its authorisation, along with the Sinopharm jab, with a decision expected next week.

Malaysian Health Minister Dr Adham Baba on Thursday said authorities intended to use all of the country’s AstraZeneca doses and would not be sending them to any other country.

“We know that there is a vaccine hesitancy due to the negative reports about it and these hesitancies exist because of the thrombocytopenia and low platelet cases, but these reports are very rare,” he said.

Adham also said the country planned to roll out 3.5 million doses of China’s single-dose CanSino vaccine, which has a reported 68.83 per cent efficacy, once approval has been granted by the National Pharmaceutical Regulatory Agency.

“We have agreed on our binding terms with CanSino and we have begun making our orders,” he said.

Malaysia’s decision follows Hong Kong’s move earlier this month to cancel an order for 7.5 million AstraZeneca doses, and after the introduction of age-related advisories or restrictions for younger people by European and Asia-Pacific countries including Australia, South Korea and the Philippines. Some countries such as Japan have yet to approve the jab at all.

Some experts have lamented the hyper-cautious response by authorities, saying it could delay badly needed inoculations and inadvertently fuel vaccine hesitancy.

The AstraZeneca and J&J jabs are cheaper and easier to distribute than their MRNA-based Pfizer/BioNTech rival, and form the bulk of the Covax supply, making them crucial to efforts to vaccinate the developing world. 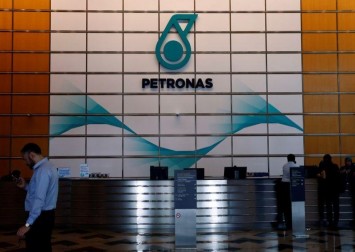 Public trust in the AstraZeneca and J&J vaccines has dropped sharply in Europe and the US in recent weeks, according to polling, although it is unclear how much the decline has been driven by government policy compared to the reported side-effects themselves.

In the US, the seven day average uptake for all vaccines, not just J&J, has dropped more than 20 per cent since the April 13 pause.

The reported risk of blood clots after taking the British-Swedish jab is about four in 1 million, according to data from Britain’s Medicines and Healthcare products Regulatory Agency, and the risk of death is about one in 1 million.

More recent analysis by the European Medicines Agency put the blood clot risk somewhat higher, although still extremely small, at about 10 in 1 million.

By comparison, the chance of being struck by lightning in a given year is roughly one in 500,000, according to the US Centers for Disease Control and Prevention.

Masayuki Miyasaka, professor emeritus of immunology at Osaka University in Japan, compared the risks from the AstraZeneca vaccine to the likelihood of being involved in a plane accident, although he said authorities might be justified in offering it “selectively to old people, particularly in a country like Japan where the incidence of SARS-CoV-2 infection is not very high”.

Jerome Kim, director general of the International Vaccine Institute in Seoul, said countries would have to think carefully about balancing the minute risks of the vaccines against the much larger threat of the pandemic.

Read Also
Johor to roll out Covid-19 vaccination app for 100,000 people in Malaysia who commute to Singapore 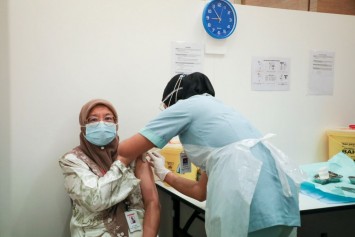 Chong Ja Ian, an associate professor of international relations at the National University of Singapore, said there were no winners from AstraZeneca’s image problems, despite Beijing’s efforts to boost its soft power through vaccine diplomacy.

“It is one less source of vaccine that can be used to protect the wider population. Should suspicion grow around the safety of vaccines due to the withdrawal of the AstraZeneca vaccine, they will add to existing concerns about the low efficacy rates of PRC-produced vaccines and compound vaccine hesitancy,” said Chong.

“The end result will be less people taking vaccines at a rate that can control the pandemic more quickly. More people could lose their livelihoods and even die.”