Najib Razak at the Khazanah Megatrends Forum in Kuala Lumpur, Malaysia, in this October 6, 2015

Malaysia's government is facing calls to step up domestic efforts to bring to justice the people behind the 1MDB financial scandal , after a key figure in the multibillion dollar plunder was last week convicted in a US court.

Former Goldman Sachs banker Roger Ng, 49, is a major scalp for the US Department of Justice, which first began investigating the case in 2016, when Malaysian officials were still rebuffing calls to view the corruption case – which spanned from Kuala Lumpur to Singapore and Switzerland – as a serious criminal matter.

Najib Razak, the prime minister at the time, defied pressure to resign over his alleged role in the plunder of the Malaysian wealth fund, and removed figures who had sought to probe the matter, including the sitting attorney general.

While some analysts say Ng's conviction will now put paid to suggestions by Najib's supporters that the scandal was hatched up to fix him, others say "spin doctors" would likely continue casting the ex-leader as a political victim.

After a trial that lasted eight weeks, US jurors in a Brooklyn court found Ng guilty on the three counts he was charged with: violating US anti-bribery laws, money laundering, and circumventing accounting controls. He faces 30 years in prison.

The lawyer for the Eastern District of New York hailed the jurors' decision as a "resounding victory for justice and for the people of Malaysia who are the victims of this massive scheme, carried out in a frenzy of greed by the defendant and his co-conspirators".

In Malaysia, current attorney general Idrus Harun told media that local prosecutors would wait for the US court to decide on Ng's sentencing, noting that the ex-banker had a right to appeal.

Ng faces a case in Malaysia under the Capital Markets Services Act, and had been extradited to the US in 2019 to face the Brooklyn trial first.

Marc Agnifilo, Ng's lawyer, said after last Friday's verdict that he was the one who convinced Ng to stand trial in the US first before the completion of his case in Malaysia. Ng was extradited in 2019, with the approval of then-Home Minister Muhyiddin, and has been free on bail since.

"I told him, 'you'd be far better off in the United States, where we have a real system and a real trial'," Agnifilo said after the verdict. "I've rethought that decision ten thousand times."

Senior Malaysian politicians including ex-prime minister Muhyiddin Yassin – who was among those fired by Najib in 2016 – say the US verdict is a signal for local authorities to ramp up their own justice efforts.

"I believe the courts in our country can also deliver justice to all Malaysians…the proceeding must be expedited so that justice is swiftly delivered," said Muhyiddin, who served as premier from 2020 until August last year. He had approved Ng's extradition to the US in an earlier stint as the home minister.

The views of Muhyiddin, who is part of Malaysia's governing coalition, have also resonated in the opposition camp.

"The trial of Roger Ng cannot and should not be postponed any further'' Lim Lip Eng, DAP

Anwar Ibrahim, leader of the Pakatan Harapan alliance, noted that authorities had been moving too slowly. He also took issue with a 2020 settlement between Goldman and the Malaysian government that he believed had failed to make the US bank take sufficient accountability for its role in the scandal.

"The Malaysian people have a right to be angry and utterly disappointed with the actors that had the power to stop this robbery from happening," Anwar said. "Alas, it is clear they kept quiet and allowed for it to happen.

"On Goldman Sachs' apparent involvement in this 'scam', I reiterate my position that the settlement reached between the Malaysian government and Goldman Sachs in 2020 was premature and failed to consider the losses that Malaysians will continue to bear."

Both Muhyiddin and Anwar did not mention Najib in their statements, but observers said their messages were almost certainly directed at the various cases involving the disgraced former premier.

Najib, 68, has already received a 12-year sentence in one of the cases linking him to 1MDB's losses, but remains free on bail amid an appeal process.

For opposition lawmaker Lim Lip Eng from the Democratic Action Party, the end of Ng's US trial meant he must now immediately return for the Malaysia case instead of being allowed to wait for his appeal to play out in New York.

"In 2019, before Ng's trial in the US, he was already being detained in Malaysia for criminal investigations and was pending trial," he said. "The trial of Roger Ng cannot and should not be postponed any further."

Political observer Bridget Welsh said she believed Ng's US trial would help to dispel propaganda perpetuated by those from Najib's camp that the 1MDB scandal was a scheme concocted to cripple the politician.

Oh Ei Sun, a former aide to Najib, however argued that local "spin doctors" were likely to "smear the verdict" as biased. Such figures may also push diehard Najib supporters to believe claims that the US establishment and judiciary were working hand in glove to interfere with Malaysian politics, Oh suggested. 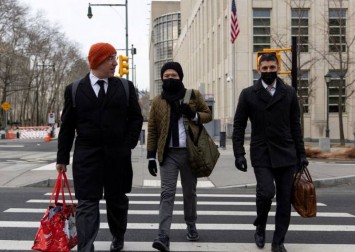 Despite his prior conviction and strings of court cases, Najib remains popular as ever, being credited for his party's resurgence in several state elections.

"There are likely to be some jingoistic and gullible Malaysians who [will continue to] buy into these spin stories and become indignant for their role models," he said.

Meanwhile, the names of several local figures mentioned during Ng's US trial have become another talking point in Malaysia following the testimonies of Ng and Tim Leissner, another former Goldman employee and Ng's ex-boss who became a government witness.

Among other things, the jurors heard details of Leissner's supposed lifestyle as a "double bigamist" who was "married to two different women at the same time, twice". One of these women was Rohana Rozhan, the former chief executive of Astro Malaysia, the country's biggest pay TV operator.

Leissner revealed during the trial that he ended the relationship when he decided to marry US model and TV personality Kimora Lee Simmons in 2013.

The jilted Rohana, Leissner claimed, then threatened to expose his involvement in the 1MDB dealings unless he bought her a multimillion-dollar house in London. The ex-banker subsequently bought the property.

The Malaysian Anti-Corruption Commission called in Rohana for investigations after the courtroom revelations.