Woman slashed by robber in Malaysia, but neighbours refused to help 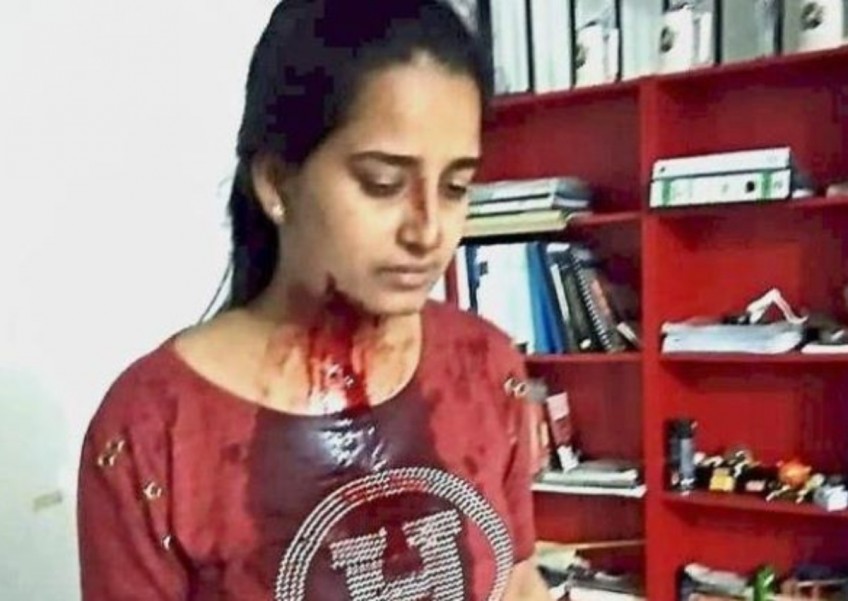 KLANG - It was a harrowing time for an undergraduate and her housemate when they were waylaid by an armed robber. To make matters worse, their neighbours refused to help them.

Bangladeshi student Susmita Asad narrated how she and Indian national Hetal Rajanikant Gajjar (pic) were attacked by the robber.

Both work at restaurants in Bangsar.

"We were walking home after work at about 1.30am when at a junction between Jalan Terasek 3 and Jalan Terasek 6 a man, brandishing a knife, jumped from behind a car and grabbed Hetal by the neck," said Susmita, 23, who is a third year business administration student at the International Islamic University.

Hetal, 23, started screaming for help and the man plunged the knife into her, missing the neck and stabbing her chin instead.

"Hetal started running. He grabbed me but I did not have anything on me," said Susmita.

"He told us that he would be coming back with his friends and ran off."

Terrified, both the women ran to nearby houses and begged for help.

A couple at one of the houses came out and told them to go away. Another told them to run back to their own house.

Others came out of their houses, but upon seeing the injured woman, they quickly went back inside and closed their doors.

"Finally, someone who knows us let us in. We called for help from that house," said Susmita.

Their problems weren't over.

When Susmita called the emergency number for an ambulance, the person manning the line could not speak English.

"He kept asking many questions. The difficulty in communication was taking so much time and Hetal was bleeding profusely," she said.

Finally, Susmita called e-hailing service Grab. When the driver arrived, he rushed both women to the Universiti Malaya Medical Centre.

Hetal received 14 stitches and was sent home later that day. Susmita lodged a police report at the Pantai police station.