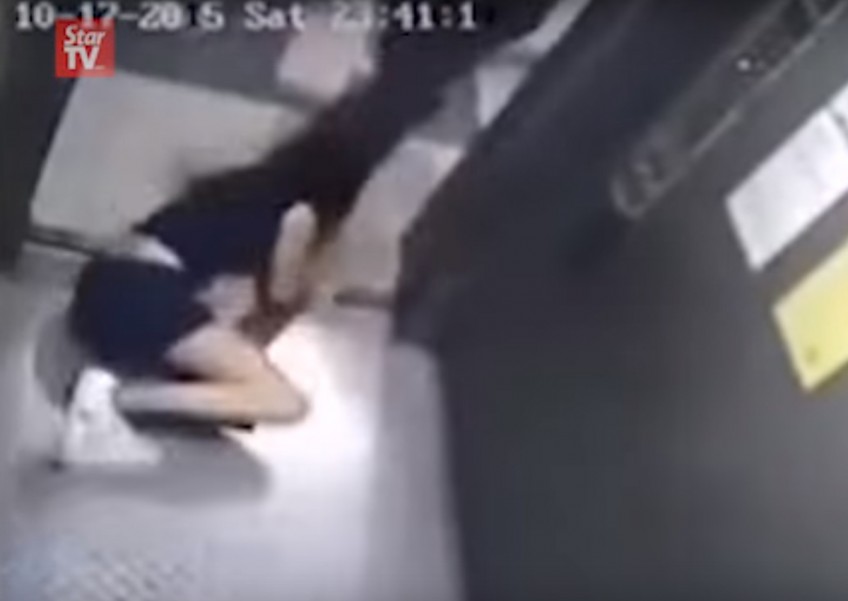 KUALA LUMPUR - Two men ganged up on a woman inside an elevator, slamming her against the door and kicking her around like a rag doll -just for the money in her purse.

The horrifying attack was captured on closed-circuit television (CCTV) video which has gone viral on social media.

The encounter left the 24-year-old with two broken teeth and bruises all over her body.

The victim, who only wanted to be known as Lim, was returning home to the eighth floor of a condominium in Setapak when the men followed the accountant into the lift at about 11.40pm on Oct 17.

The two men appeared to be chatting with each other while standing behind Lim, then pressed the seventh floor button.

One of them gestured to his accomplice, pointing to Lim. Using his arms, he suddenly slammed the woman against the metal wall of the elevator as the doors opened.

The force knocked her to the floor. The other man then pulled her by her hair and dragged her out of the elevator.

The case was relayed at a press conference held by Wangsa Maju MCA on Friday.

The attack, she said, left her with a bruised chin, back and torso.

FT MCA chairman Datuk Yew Teong Look said: "We have passed all this information to the police."