World population would be out of control without Malaysian rubber, jokes Mahathir 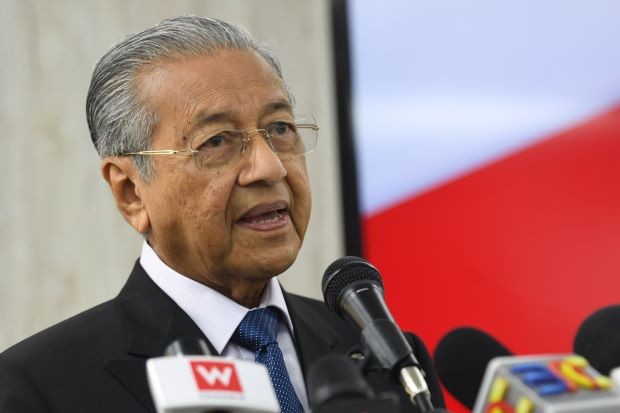 KUALA LUMPUR - Without Malaysian rubber, the world's population growth would spiral out of control, says Tun Dr Mahathir Mohamad in a light vein when launching the 9th International Rubber Glove Conference and Exhibition 2018.

The Prime Minister said the country's thriving rubber product industry contributed a lot, and not just to the country's economy but to humanity as well.

"Rubber 'gloves' are important in stopping too many people from being born," he said in a light-hearted moment.

"Imagine the world without condoms. If the world has a population of over seven billion now, it could soon be 10 billion because there's no way of preventing conception.

"So again, our rubber has performed a great duty for humanity," he said, drawing laughter and applause from the audience.

The event, held over three days starting from Tuesday (Sept 4), is organised by the Malaysian Rubber Glove Manufacturers Association.

Exhibitors from 14 countries and 800 conference participants are taking part, and the event is expected to draw over 10,000 trade visitors.

Last year, rubber gloves made up 73.2 per cent of all rubber goods exports for Malaysia.

Dr Mahathir said thanks to research and development, the rubber industry had continuously developed new products, ranging from rubber tyres to surgical gloves, to earthquake dampers for buildings.

"It's not the rubber itself which is important, but its application," he said.

Dr Mahathir said more research was needed on other plants which could either be found in Malaysia or could be grown here so that new products could be derived from them.

The Prime Minister assured the industry that his administration would be business-friendly and would help them to grow further.

"We believe in the concept of Malaysia Incorporated where we consider the country as one big corporation, and where the government and private sector work closely together to make big profits for this corporation," he said.