MELAKA - Worms emerging from a fish curry dish at a popular “Asam Pedas” restaurant in Kota Laksamana here has led to a 14-day shut down order issued by the Melaka Health Department.

State Health and Anti-Drug committee chairman Low Chee Leong said the notice was issued by Melaka Tengah health inspectors on Sunday (July 1) after a complaint was lodged on the unhygienic serving.

“The video posted by one of the patrons showed worms appearing from the fish head served at the outlet. This restaurant was popular among visitors for its fish head dishes,” he said after visiting the Melaka Hospital here on Monday (July 2).

Low said the notice for the temporary closure of the restaurant was issued under Section 11 of the Food Act 1983. 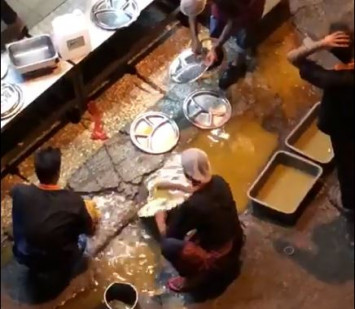 He said the operator was also issued three notices that carried a total compound of RM1,500 under the Food Hygiene Regulations 2009.

"The notice was issued after taking into account the condition of the eatery such as storage of wet items, packaging and the hygiene of kitchen appliances."

Low also noted that a total of 731 outlets selling food and beverage within the Melaka Tengah district were issued with temporary closure order following inspections carried out by the state Health Department from January to May this year.