Youth held after torching his home 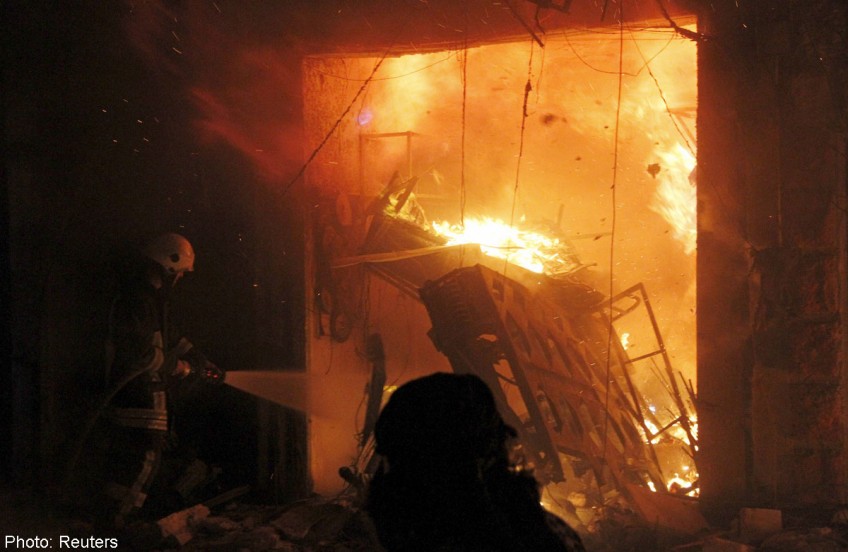 KOTA KINABALU: A 17-year-old is believed to have torched his family home, causing a fire that destroyed some 400 houses at the Kampung Bangau Bangau seaside village early on Wednesday.

More than 2,500 people were made homeless when the fire swept through squatter settlement in the east coast Semporna district.

No casualties were reported in the 2am blaze which was brought under control five hours later.

Semporna police chief Supt Peter Umbuas said the youth, who has been arrested, had asked for some money from his mother at about 1.40am and flew into a rage when she refused.

He stormed out and returned about 20 minutes later and was seen carrying a bottle, believed to be a molotov cocktail, that he tossed into the house.

The fire quickly spread to nearby houses and by the time it was brought under control, wooden houses over an area of about 2ha had been destroyed.

Bugaya state assemblyman Datuk Ramlee Marhaban said the displaced families were now housed at the village's community hall and the nearby Youth and Sports Hall.

"We pumped sea water to bring the blaze under control," he said.

Villager Riduan Daguat said the fire also spread quickly because of the wind.

"My family and I were awakened by shouts and we managed to carry out things like our documents as well as our television set and washing machine," he said.

Fireman managed to stop the blaze just two houses from his.

Kampung Bangau Bangau is also known as a hideout for criminals, including cross border kidnapping groups.