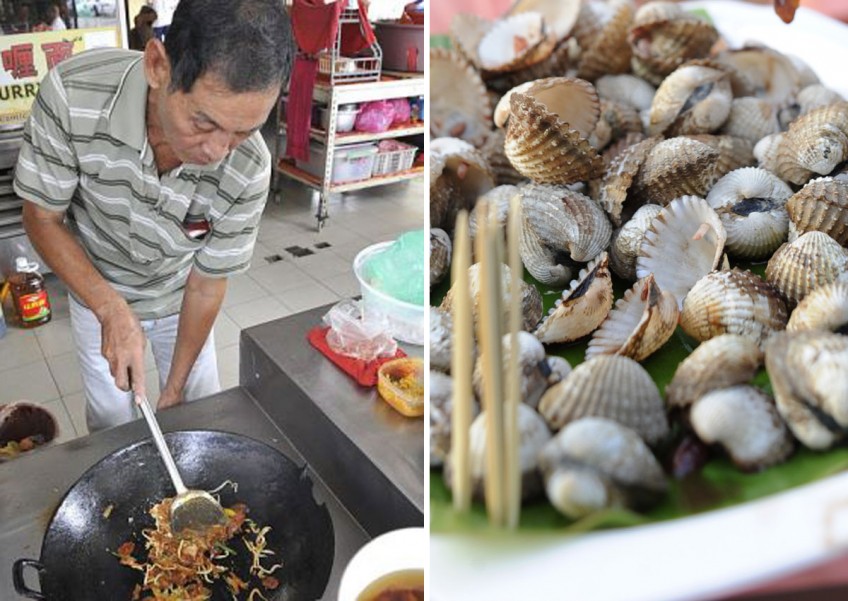 GEORGE TOWN - The shortage of fresh cockles first reported by The Star on May 26 is now a national phenomenon, with many Penang hawkers either paying top dollar for the delicacy or forgoing it altogether.

The shortage has affected many hawkers selling char koay teow and curry mee, where cockles are almost a compulsory ingredient.

Char koay teow seller S.K. Leow has been omitting cockles from the dish for the past fortnight.

The 60-year-old hawker in Queen Street here said that of late, cockles, even when available, did not look appealing.

"I've been selling char koay teow for around 30 years, so I've been buying cockles 30 years.

"Now, the cockles don't look very fresh, and their colour is a bit off. I dare not use it," said Leow, who added that he preferred to do without cockles rather than put his customers' health at risk.

She said it increased from RM17 (S$6) to RM18 per kg in the first quarter of the year, before hitting RM20 in June.

"My supplier told me that he had to increase the price last month because of low supply. It was only RM15 per kg last year.

"I have no choice but to absorb the higher cost as cockles are an essential part of curry mee, as well as to keep my customers happy," said Cheong, who uses 1kg of cockles daily by putting seven cockles into each bowl.

The Star reported yesterday that the Kuala Sepetang river mouth, the largest cockle breeding ground in Malaysia, has seen its cockle harvest drop by 90 per cent.

Last August, The Star reported that warning signs had already been seen further south - in Kuala Selangor - as far back as May 2012 when fishermen were dismayed at the number of empty cockle shells they hauled up from the seabed.

Despite this, the Fisheries Department has yet to release any official report on why this phenomenon is happening, though it was mentioned in Kuala Sepetang on Sunday that there is a very high level of ammonia in the waters there.