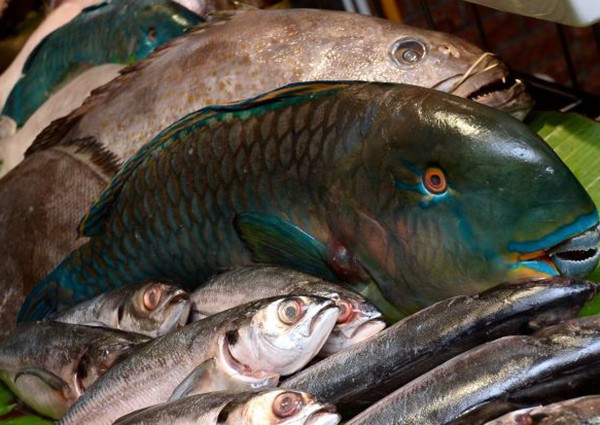 The long Christmas and weekend holiday saw scores of locals thronging the fishing village of Pantai Redang in Sekinchan here for the fresh fishes and prawns, with many of them buying in bulk for relatives and friends.

"Many of them were locals from Kuala Lumpur, Malacca and Johor who are on holiday. They made a stop here to buy seafood before they head home.

"There are also restaurant operators who came and stock up their seafood to meet the demands during the Chinese New Year," he said here on Saturday.

Lee said that many have started hoarding fishes and prawns to avoid higher prices which were expected when the festive season draws nearer.

"Also, stocks are likely to be much lower later too," he said, adding that prices of seafood have gone up slightly higher now due to the year-end wet season.

Lee said that prices of king prawn, pomfret, garoupa and red snapper, were likely to increase between 10 per cent to 40 per cent close to the festive season.

Another festive must-have, the yu piao or dried fish bladder (not be mistaken with hua jiao or fish maw) is also priced at RM2,600 per kg due to dwindling supply..

Housewife Lily Tan, from Damansara in Petaling Jaya said that she had been making preparations for her seafood shopping trip since her family was planning to visit Sekinchan for the Christmas holiday.

"I have a large icebox in our family car because I want to buy some king prawns and fish for my family and my elder sister to stockpile for the Chinese New Year.

"It is more expensive to buy the items even now at the market and many of them are not fresh," said the 44-year-old, adding that prices of seafood in Sekinchan were very reasonable.