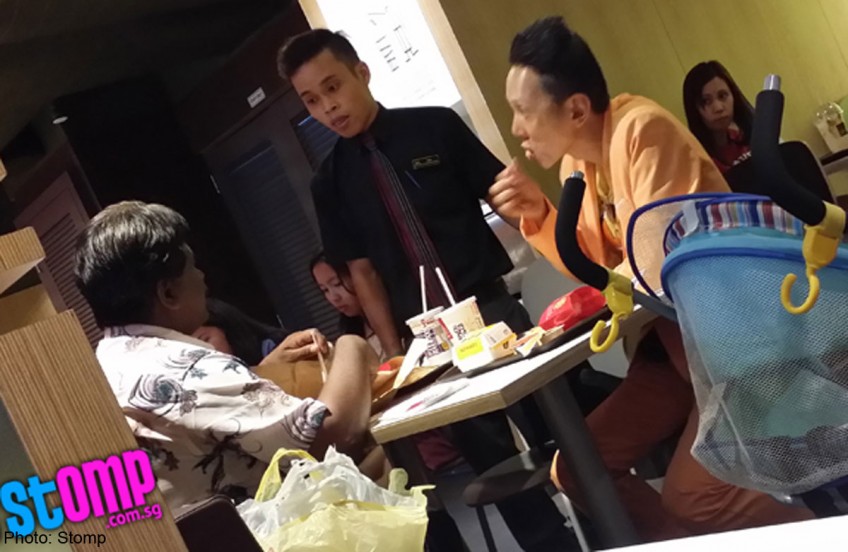 Stomp contributor Saravanan saw a dispute between a man and staff at a McDonald's outlet in Lucky Plaza, which started when the guy ate mee goreng in the fast food restaurant.

When told to have his food elsewhere, the man argued that Starbucks allowed him to eat outside food in their premises.

​"The Indian uncle together with his friend in an orange blazer were conversing about some business deals at Lucky Plaza Macdonald's.

"While the one in orange purchased a meal for himself in McDonald's, the Indian uncle fished out his mee goreng from his bag and started consuming it while having his financial talks.

"When staff politely told him not to consume foods that were not from McDonald's, he started confronting them, leading to a dispute.

"He started arguing that he had his mee goreng meals even in Starbucks and they had not uttered a word to him, so why did MacDonald's have such a restriction?

"This led the staff to inform their manager. The manager asked the man in a calm tone to have his mee goreng elsewhere.

"He also told the man that he can consume it in Starbucks again if he wanted to, but not at his outlet as it is against his company's policy."