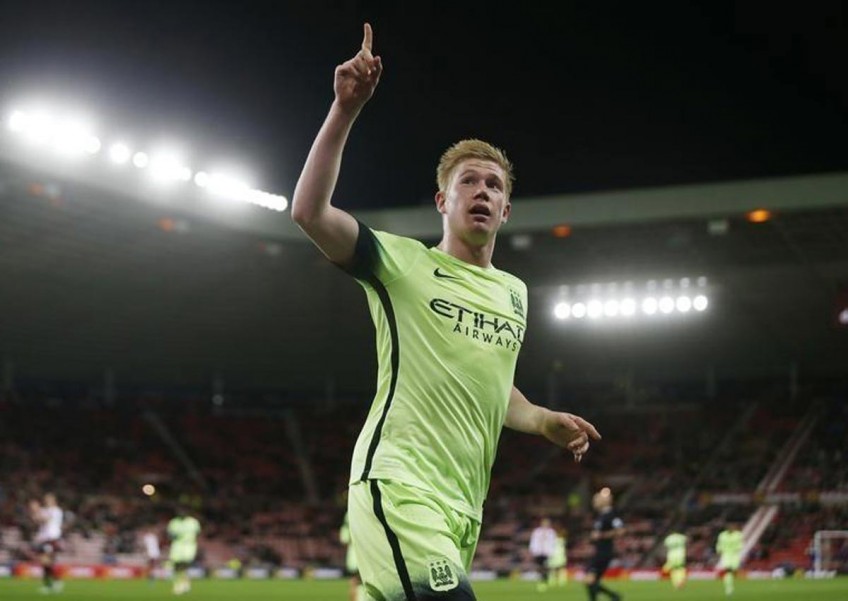 LONDON - Manchester City produced a blistering first-half performance to win 4-1 at Sunderland in the League Cup third round on Tuesday, inflicting more misery on Dick Advocaat's struggling side.

There were also victories for Leicester City, who needed extra time to beat West Ham United 2-1, Aston Villa, who won 1-0 at home to local rivals Birmingham City, and Everton who came from behind to beat Reading 2-1.

Swansea City suffered a surprise 1-0 defeat at Hull City, Stoke City booked a spot in the next round by winning 1-0 at second-tier Fulham and top flight Bournemouth came through a penalty shootout with Preston North End.

There was never even a hint of an upset in the offing at Sunderland, whose lack of confidence after a poor start to the season was ruthlessly exposed by a rampant City.

Black Cats coach Advocaat was feted as a hero after steering the north-east club to safety last season, but his star has waned at the start of the current campaign as his side are without a win in six Premier League games.

They fell behind after nine minutes to a Sergio Aguero penalty after Patrick van Aanholt clattered into Jesus Navas and the Argentine forward dispatched the spot kick with a deft chip.

The floodgates then opened as three goals in 11 minutes from Kevin De Bruyne, an own goal by Sunderland keeper Vito Mannone and a Raheem Sterling strike put City 4-0 ahead at halftime, before Ola Toivonen headed a consolation in the second half.

Swansea were the only Premier League team to exit at the hands of lower league opposition on Tuesday as Hull's David Meyler struck four minutes before halftime for the side relegated from the top flight last season.

The midfielder stretched for a rebound and swept the ball into the corner four minutes before halftime to seal the tie.

Everton avoided a similarly embarrassing fate as second-half goals from Ross Barkley and Gerard Deulofeu helped them come back to beat Championship side Reading.

Roberto Martinez's Everton were trailing at halftime, but Barkley netted with a low volley and Deulofeu curled home a free kick to settle the encounter.

Leicester's unbeaten start to the season continued as they knocked out West Ham with Wales international Andy King scoring deep into extra time to secure a 2-1 win after the match had finished 1-1 after 90 minutes.

Twenty-year-old Joe Dodoo sidefooted Leicester ahead after six minutes before Mauro Zarate levelled for the visitors with a deflected left-foot effort.

Villa's Midlands clash at home to Birmingham proved to be a predictably scrappy dogfight with the Premier League side having played poorly before Rudy Gestede powerfully headed Jordan Amavi's cross into the net after 62 minutes.

Bournemouth went through on penalties after their match with second-tier Preston ended 1-1 after 90 minutes and 2-2 following extra time but Daniel Johnson failed to convert Preston's fifth spot kick, handing victory to the visitors.

Peter Crouch scored Stoke's winner against Fulham in the first half, steering his finish home from 10 metres after a neat one-two in midfield.