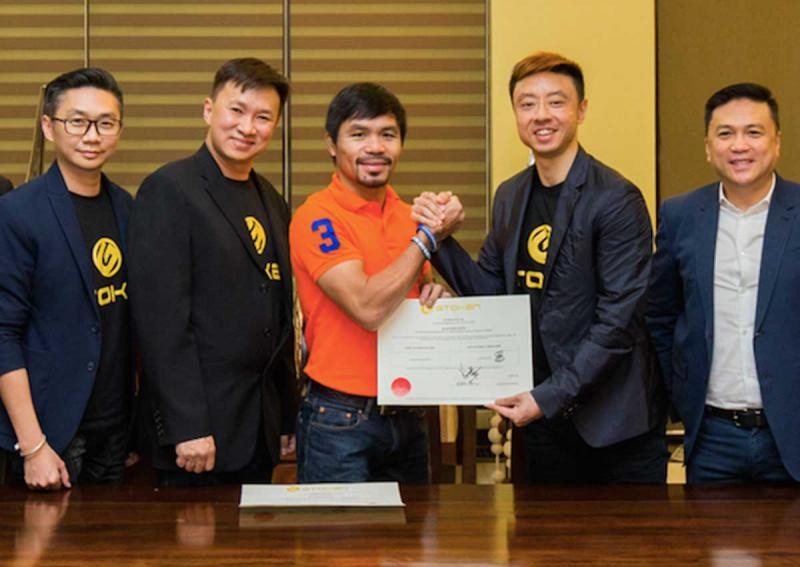 Manny, who's just won a Senate seat in the Philippine elections last month, snapped up a small stake in Gtoken for an undisclosed amount. The parties formally inked the deal in the boxer's hometown General Santos City in southern Philippines over the weekend.

Gtoken declined to reveal the specifics of the deal when asked.

The company publishes crowdsourced mobile games and developed a virtual currency that players can earn and use for in-app purchases. It also set up a loyalty rewards programme where users can redeem limited edition items for the games they play once they achieve VIP status. Now valued at US$60 million (S$81.52 million), the company has over a million users to date across Southeast Asia, Taiwan, and China, according to a company statement.

Gtoken's founding investors include Ivan Lee, a serial entrepreneur whose previous food and beverage company was acquired for over US$73 million. Ivan is also the founder of Raging Bull, a private investment fund focused on tech.

Manny ranked as the world's second highest-paid celebrity, falling behind his rival Floyd Mayweather, in Forbes' 2015 list. The two athletes' epic fight in Las Vegas last year helped boost their rankings. Manny also sourced a part his wealth from various endorsement deals with brands such as Nike, Foot Locker, Wonderful Pistachios, Nestle's Butterfinger, and a handful in the Philippines.

- Singapore's 'talent gap' is no longer just about digital marketing

- Singapore's Vanitee acquires startups to get beauty salons on its marketplace