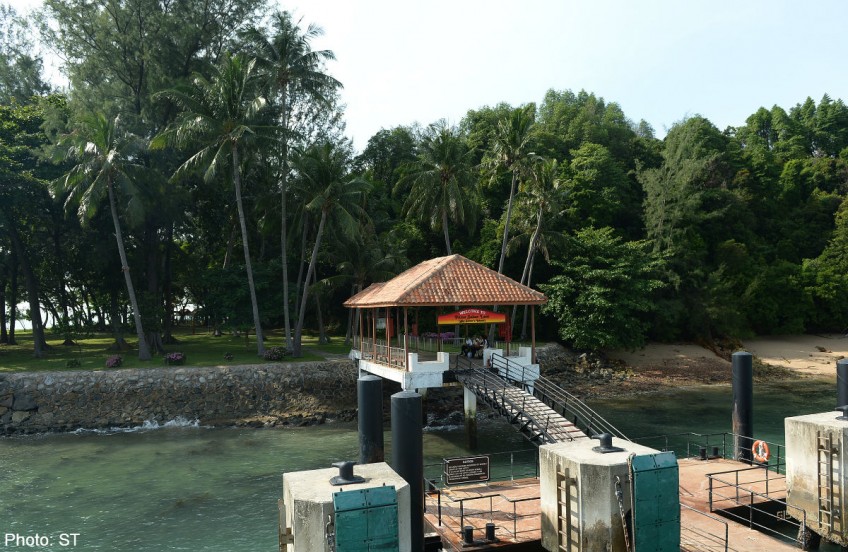 Free guided trips to the new marine park at Sisters' Islands will allow visitors to get a look at the ecosystems, including shallow pools which harbour corals, anemones and other marine life. NParks will assess how many visitors the islands can safely accommodate.

SINGAPORE - More visits to Singapore's first marine park at Sisters' Islands have been scheduled to cater to popular demand.

The National Parks Board (NParks) yesterday announced six new walks for between September and December. Registration will begin next month on the board's website. The number of people allowed on each walk has also been increased from 15 to 45.

The move came after all 90 spots for the first two walks, to be held next month, were filled just three days after registration opened last Saturday.

These free guided trips, held only when there are suitably low tides, allow visitors to get a look at the ecosystems of the 40-ha Sisters' Islands Marine Park, including shallow pools which harbour corals, anemones and other marine life.

Usually, members of the public need to charter a boat to the islands, located south of the mainland.

Mr Desmond Lee, Minister of State for National Development, said NParks will strike a balance between conservation and visitor numbers by installing stepping stones or boardwalks to give public access while protecting the delicate intertidal areas.

"With some sensitivity and sense we can expose as many Singaporeans as possible to the tremendous biodiversity that we have in our waters without compromising our ecosystem," added Mr Lee, who was speaking yesterday on the sidelines of a guided visit to the lagoon on the bigger of the two Sisters' Islands.

National Biodiversity Centre deputy director Karenne Tun said the number of visitor spots for guided walks was similar to those for other sensitive conservation areas like Chek Jawa.

NParks will assess how many visitors Sisters' Islands can safely accommodate and which parts are best to visit, she added.

The establishment of the marine park, which includes the western reefs of St John's Island and nearby Pulau Tekukor, was announced last Saturday at a biodiversity outreach fair at VivoCity.

Mr Lee yesterday added that the government would focus on Sisters' Islands first before looking at setting up other marine parks.

"Whether other areas of significant marine biodiversity are to be considered (for) future marine parks, that is somewhere down the line."

The 28-year-old then planted the clam underwater off Big Sister's Island.

Reintroduction of the endangered giant clams is one of the research projects being planned for the new marine park.