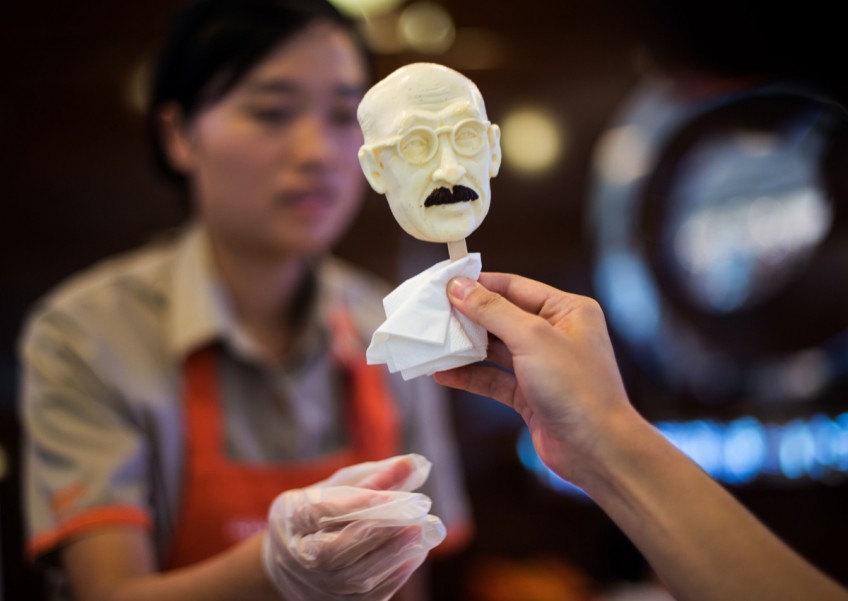 SHANGHAI - An ice cream chain in China's commercial hub Shanghai is offering a lickable likeness of the head of executed Japanese war criminal Hideki Tojo to mark the 70th anniversary of the end of World War II.

Iceason parlours are selling ice cream bars on a stick with the image of Tojo, former Japanese army general and prime minister, in a campaign with the slogan "10,000 people together to eat the Japanese war criminal".

Customers who buy 50 yuan worth of ice cream can get a free Tojo bar if they use the online payment service of Chinese Internet giant Alibaba, store employees said.

Beijing will commemorate the 70th anniversary of victory over Japan and the end of World War II with a huge military parade through Tiananmen Square today, amid tense ties with Tokyo over territorial claims and wartime history.

"It's just ice cream," one online commentator said of the Tojo bars. "There's no reason why you can't eat it."

But another declined to partake. "It's hilarious, but I have always thought that phase of history isn't fit for consumption."