MasterChef Asia to air this year 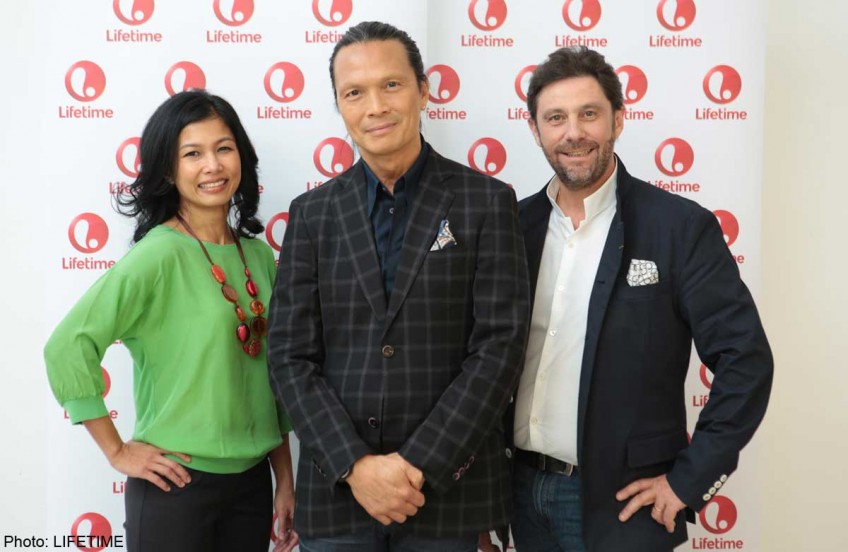 What will it take to win the first MasterChef Asia? Plenty of chopping, cooking and plating skills - and winning over well-known chefs Susur Lee, Bruno Menard and culinary TV personality Audra Morrice.

The trio have been named as judges for the inaugural Asian season of the popular TV show, produced by A+E Networks Asia, which will air later this year on the Lifetime channel.

Hong Kong-born Chef Lee is often referred to as the "Father of Fusion". In addition to helming three restaurants in Toronto - Lee, Bent and Luckee - and overseeing his TungLok Heen in Hotel Michael at Resorts World Sentosa, he is a familiar face on TV, appearing on Iron Chef America, Top Chef Masters and also on Chopped Canada.

French chef Menard is a known name in the Singapore dining scene; he was the former culinary director for the Deliciae Hospitality Management Group, for which he opened the gourmet burger joint &Made and French bistro La Cantine. Before coming to Singapore, he helmed the three-Michelin-star French restaurant L'Osier in Tokyo. He now runs a culinary consulting firm.

Ms Morrice is no stranger to the show, having been a finalist in MasterChef Australia 2012. She grew up in Singapore, but is now based in Australia, where she runs a successful catering business.

Working with the Singapore Tourism Board (STB), she is an ambassador - together with Tetsuya Wakuda, Antonia Kidman and Tom Williams - for the Singapore Celebrity Concierge campaign, which invites Australians to holiday in Singapore on an itinerary curated by these ambassadors. Ms Morrice also has a cooking show, Tasty Conversations.

Michele Schofield, senior vice-president of programming and production at A+E Networks Asia, said: "We considered many chefs from around Asia and overseas to find the right combination of knowledge, passion, charisma and warmth."

She added: "Susur brings stellar Asian food expertise and extensive technical knowledge, Bruno has undisputed Michelin-rated credentials in classic French cuisine, and Audra has a unique relatability to the contestants and is testament to the opportunity that MasterChef offers home cooks."

MasterChef Asia is being produced in Singapore; Season 1 is presented by STB and Knorr.

Terrence Voon, director of marketing activation at STB, said: "Anchoring MasterChef Asia in Singapore provides an opportunity to showcase our city to the show's loyal fan following, while also enabling us to reach and engage a wider audience through food."

He added that the Singapore dining scene prides itself on its diversity, with street food co-existing with fine dining, and local hawkers mixing with internationally renowned chefs. "This East-meets-West ethos will be brought to life in the MasterChef Asia series, where emerging Asian culinary talents will be tested on a gamut of dishes and techniques from all over the world, including Singapore. "We hope the series will inspire food lovers around the region and beyond, generating greater awareness and interest in Singapore as a travel destination and culinary capital."

This article was first published on May 27, 2015.
Get The Business Times for more stories.