McDonald's looking into case of worms found in Big Breakfast 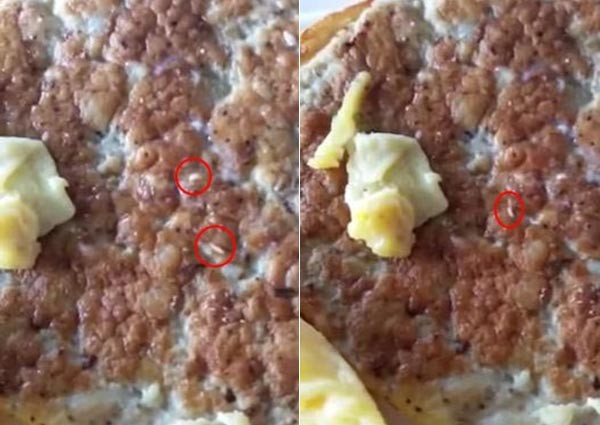 SINGAPORE - McDonald's is investigating a complaint by a customer that he had found worms in one of its most popular meals.

IT freelancer Jasper Lee had a nasty surprise on Tuesday (Oct 20) morning as he was tucking into the Big Breakfast set which comes with a sausage patty, toasted muffins, scrambled eggs and a hashbrown.

"I had already eaten a few mouthfuls when I spotted something moving, and it turned out to be worms," said Mr Lee, who also lodged a complaint through the fast food chain's online feedback form.

"It came as a shock to me - I've eaten the same meal many times and this is my first time encountering something like this. I totally lost my appetite after that."

The 27-year-old, who lives in Lorong Ah Soo, had ordered his food via the McDelivery service at around 7.15am. His order was delivered an hour later from a nearby outlet at Block 208, Hougang Street 21.

In a video sent to The Straits Times, several small white worms can be seen wiggling on the sausage patty.

Ms Patricia Yong, McDonald's Singapore's director of operations, said the company had been in touch with Mr Lee and was "looking into this matter very closely".

"Let me emphasise that food quality and safety are our top priority and we take all customer feedback very seriously," she said.

"At the moment, we are doing everything we can to establish the facts of the matter."

The Straits Times understands that McDonald's staff visited Mr Lee at his home on Tuesday evening to collect the remains of his meal. It will be taken to a laboratory for testing.

Mr Lee speculated that while the worms were seen on the meat, they could have originated from the scrambled eggs. He had cut up a small section of the eggs and found "quite a number" of worms crawling around inside.

"They're small and they're white, so it's difficult to spot them amid the yellow if you don't look closely," he said.

"McDonald's has been pretty quick in responding to my complaint, but I hope they do their checks and find out the cause soon."