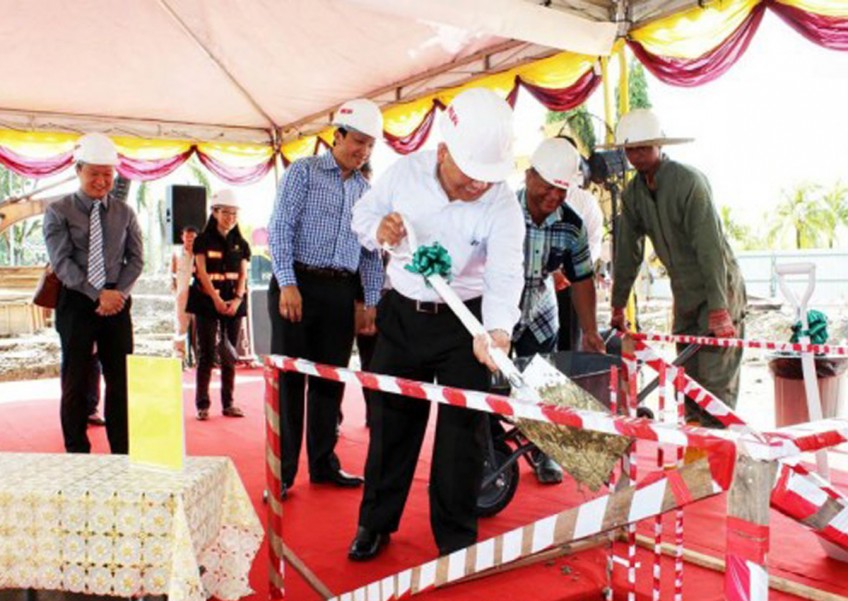 MCDONALD'S second outlet in the country is expected to open its doors to the public in the second quarter of 2016.

The new outlet will feature a dine-in facility that can cater up to 200 customers in addition to a drive-thru.

The addition of another McDonald's outlet will enable them to serve to a larger number of customers as well as increase their sales.

In an interview held on the sidelines of the ground-breaking ceremony of the project at Jerudong Park yesterday, Mohamad Al-Fatah Hj Seruji, acting general manager of Makan Ceria Sdn Bhd, the franchise holder of the fast food outlet, said that the drive-thru concept of the outlet is hoped to attract more customers.

"The drive-thru will be able to cater to a lot more customers, especially those who are on-the-go as they can easily order their food and get it within a few minutes" he said.

This will be the third drive-thru in Brunei following KFC in Tanjong Bunut and Starbucks in Beribi, both opened only recently.

Meanwhile, the location of the outlet, which is situated nearby the Jerudong Park Playground, is also hoped to attract visitors to the playground as well as customers in the surrounding areas including Jangsak and Sengkurong.

Mohamad Al-Fatah said that although the park has abundant parking, they will also be providing parking spaces closer to the outlet for the convenience of their customers as the difficulty of finding a parking spot was the most frequent complaint that they received from patrons.

"People find it difficult to park in Gadong, so by having drive-thru as well as additional parking spaces here, customers will no longer have difficulties in satisfying their McD cravings" he said.

Present to officiate the ceremony was Hj Abu Bakar Hj Ibrahim, Deputy Permanent Secretary of the Ministry of Finance in his capacity as one of the board of directors of Makan Ceria.