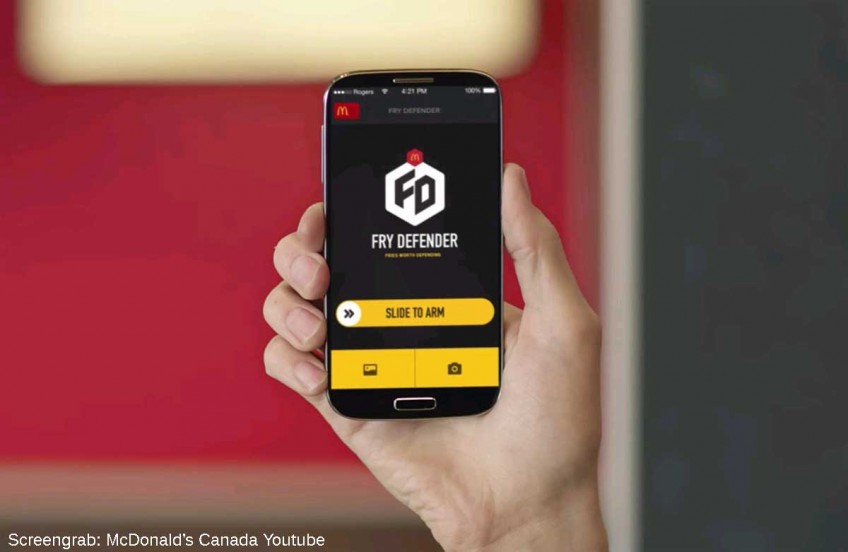 McDonald's Canada has launched 'The Fry Defender', a new app that protects your fries, as part of a cheeky new marketing campaign.

Complete with microsite and a tongue-in-cheek promotional video, the app promises to warn you when hands are hovering near your precious potato pieces.

The app uses a smartphone's front and back facing cameras. Once thieveing hands are detected, an alarm will go off and the phone will take pictures.

These photos can then be shared on social media to publicly shame the perpetrator with the hashtag #stopfrytheft.

"Because McDonald's French fries aren't just delicious, they're fries worth defending," says the actor in The Fry Defender's promotional video.

The video talks about the prevalence of fry crimes, or 'frimes', and explains the app in detail.

"We found that there were both a lot of mentions around loving McDonald's fries and people stealing them - hence creating the need for Fry Defender."

She also admitted that the campaign was mostly a chance for McDonald's to promote itself through shareable content.

The Fry Defender is available for Android and iOS, but only in Canada.