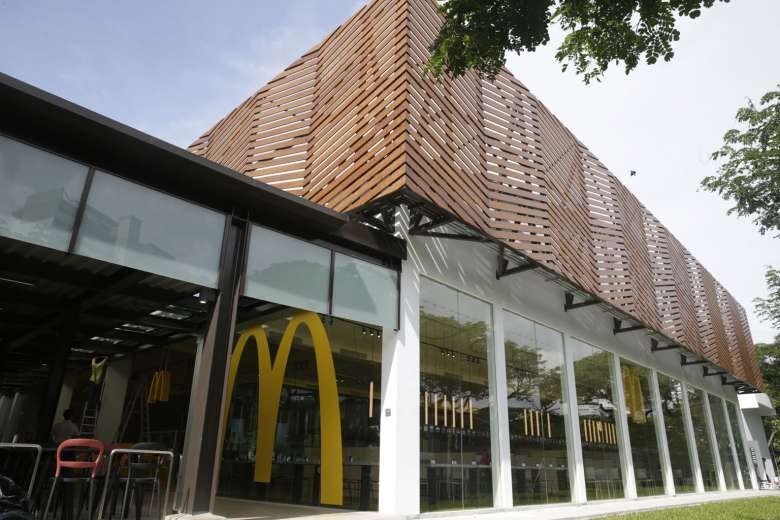 Investors with deep pockets and an appetite for fast food are on the prowl in Singapore and Malaysia.

McDonald's is said to be preparing to sell franchise rights in the two markets for at least US$400 million (S$540 million) as part of efforts to turn around its business.

In a separate statement, a spokesman here said: "McDonald's has taken the decision to adopt a development licensee model for the Malaysia and Singapore markets in order to enable focused investment in the brand and speed up growth in these key Asian markets." She declined to elaborate.

But the Bloomberg report, citing unnamed sources, said the company plans to sell 20-year-franchise rights here and in Malaysia for at least US$400 million.

McDonald's Singapore began at Liat Towers in 1979 as part of a joint venture with businessman Robert Kwan. It became fully owned by McDonald's in 2009.

The move to reorganise the global business was unveiled by chief executive Steve Easterbrook in May last year. Mr Easterbrook, who became CEO in March last year, outlined a turnaround plan aiming for 90 per cent of outlets to be franchised, up from about 81 per cent.

The Singapore spokesman said it aims to re-franchise 4,000 restaurants worldwide by 2018.

McDonald's lags behind other fast-food brands, such as Wendy's, which aims to own just 5 per cent of its outlets this year.

Mr Easterbrook's bet on a leaner business seems to have paid off so far. The company reported a surge in first-quarter earnings, marking three straight quarters of earnings growth under him.

McDonald's is the market leader in Singapore's US$900 million fast-food industry, says Euromonitor International. Its market share was 41.6 per cent last year, ahead of rival Yum Brands, which owns Pizza Hut and KFC.

In China and Hong Kong, where McDonald's is also seeking franchise partners, it drew more than half a dozen bids, and interest from private equity firms like Bain Capital and TPG capital.

Experts here said that the plan to move Singapore and Malaysia to a franchise model has its pros and cons.

He estimated Singapore and Malaysia sales were roughly US$400 million each last year. McDonald's has 131 outlets here and over 250 in Malaysia.

"Selling the franchise as a bundle for both Singapore and Malaysia could create more value-added benefits in product supply, innovation and marketing strategies."

Singapore-based Paddy Rangappa, who has more than 13 years experience marketing with McDonald's, said that the change will not make a difference to consumers here.

"McDonald's has mastered the art of franchise. There should not be any difference in the quality of food."

This article was first published on July 27, 2016.
Get a copy of The Straits Times or go to straitstimes.com for more stories.