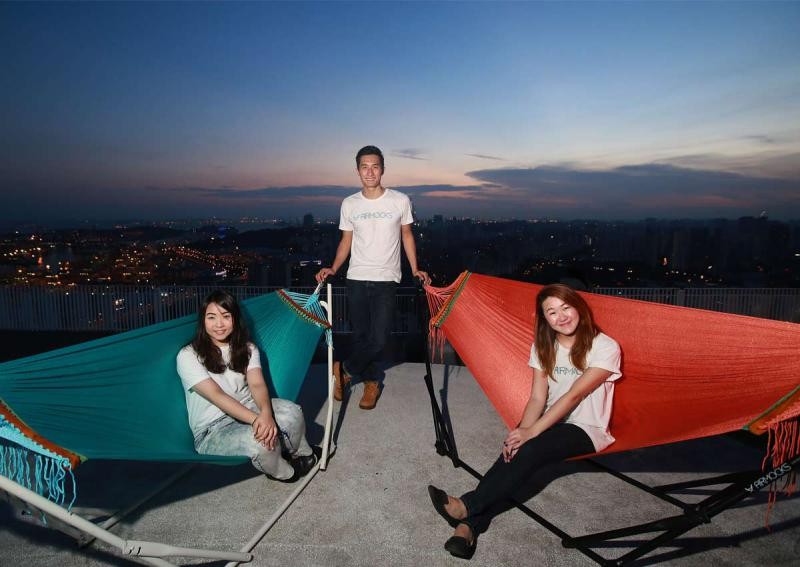 EMPLOYEES who spend less than one or two months at a company are usually frowned upon.

But "externships" - an alternative job training model for students, common in the United States and Europe - are gaining traction here, giving students the flexibility of combining workplace training with studies.

Looi Qin En, 22, co-founder of recruitment website Glints, said it had introduced externships when it realised that more polytechnic and university students needed flexibility when it came to work experience.

"One of their pain points is that once employers find out that they cannot commit to a two- to three-month internship, they get automatically rejected," he noted.

Besides their shorter duration, which can range from one week to six weeks, externships are also aimed at exposing students to a wide range of roles and projects.

They are more exploratory than internships.

Since externships were launched on the website in May, more than 130 employers, many from the start-up community, have listed more than 430 externships.

"What we're seeing is that companies are using the externship as a full-time training programme - and after that they engage the students on a full-time or part-time basis," said Mr Looi.

Enrichment centre The Keys Global has modified the externship programme to bring real-world training to students between the ages of 15 and 18.

Under its programme which started last October, students pay $250 to $960 for a one to three-week work experience programme with multinational corporations like Bloomberg or Autodesk, or small to medium-sized enterprises.

The company presents a challenge that students have to tackle, such as thinking up social media strategies for Bloomberg.

The students, who usually work at the enrichment centre instead of the company, are mentored by staff from The Keys. They later meet company representatives to present their solutions, and get feedback from them.

"Through this programme, companies get access to fresh ideas, students get to interact with senior management and learn how to face market challenges and take criticism," said Ayesha Khanna who co-founded the The Keys.

Vandna Ramchandani, Bloomberg's Asia-Pacific head of philanthropy, engagement and recruitment, said it is in discussions with The Keys on future projects.

"It was helpful to hear from young students on social media first-hand, as they are a generation that is so socially media-savvy."

About 25 students have taken part in the externship programme at The Keys since last October.

Ernest Ng, 26, who founded hammock company Airmocks, has hired two externs this year, with both of them working for periods of about a month each.

"They thought up new ways of reaching out to households to market our product like using Facebook groups, rather than doing it the traditional way of meeting up with the management of condominiums," he noted.

One of his former externs, Nanyang Technological University psychology undergraduate Huang Hui Si, 24, said she was able to juggle two externships over the school holidays.

"I got to learn more about the start-up environment, and I might work at Airmocks again even when school starts if my schedule permits," she added.