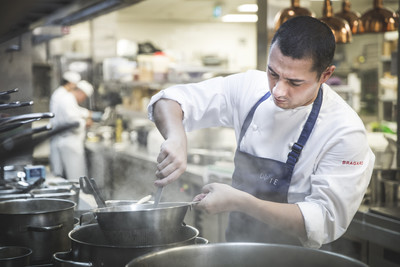 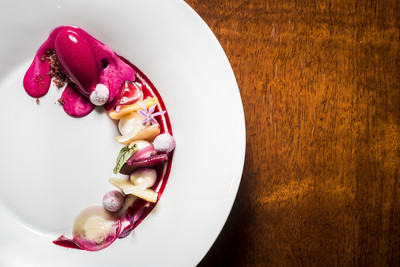 The inaugural Hong Kong and Macau International Chef Series will bring globally-recognised and award-winning chefs from Michelin-starred restaurants and winemakers closer to their audiences in Asia's mecca of culinary excellence, creating one-off menus, paired with highly-rated Robert Parker Wines rated RP90 or above.

"This series of inaugural events are designed to deepen the relationship between lovers of fine food and wine with establishments and winemakers that have been featured in their respective guides," said Sanjay Chinchwade, Chief Marketing Officer, Robert Parker Wine Advocate. "The dining scenes in Hong Kong and Macau are among the best in the world; these exclusive events, which tell a unique story, will only cement the global reputation of these two world-class destinations."

"The series will bring the pages of the Michelin Guide and Robert Parker Wine Advocate to life in a unique showcase of one-of-a-kind events with celebrity chefs creating signature and original menus paired with handpicked fine wines, especially for the occasion," Mr Chinchwade added.

French Chef Julien Royer, of modern French restaurant Odette in The National Gallery Singapore, and one of the recipients of two-Michelin stars in the inaugural Singapore edition, unveiled the International Chef Series by presenting a six course presentation with champagne and cognac provided by Seapower from October 12 -- 15, 2016 at two-Michelin-starred The Tasting Room in City of Dreams, Macau.

"Chef Royer is the perfect star chef for the first event of this series. He embodies everything that Michelin and Robert Parker Wine Advocate celebrate, with his thoughtful passion and welcoming hospitality," said Mr Chinchwade.

With the incredible legacy of both brands, Studio City, Melco Crown Entertainment's Hollywood-inspired, cinematically-themed integrated entertainment resort in Macau, will host Hong Kong and Macau's first-ever Gala Dinner on November 11 in its Grand Ballroom for 700 foodies, guests and VIPs. Appropriately themed SENSES, the gala dinner will bring together the culinary ingenuity of six globally-recognized chefs who have garnered a total of 13 Michelin stars between them, rare wines, and a stunning visual treat with renowned artist and designer Manuel Albarran, who will guide guests on an experiential journey through the five senses of sight, sound, taste, smell and touch.

The highly-acclaimed Spanish designer will create a visual spectacle exclusively for the event. Famed for designing outfits and costumes for Hollywood celebrities such as Madonna, Beyoncé, Angelina Jolie, and Lady Gaga among others, Albarran will draw from his experiences of creating some of the world's most reputed brand advertising campaigns as well as elaborate costumes for Hollywood movies (such as "Maleficent" - nominated at the Oscars for Best Achievement in Costume Design) to showcase "SENSES".

Michelin and Robert Parker Wine Advocate Gala Dinner: A Sensorial Gourmet Journey will be held on November 11 at the Grand Ballroom in Studio City, Macau and is priced at USD 720 (MOP 5,750) per person for six courses and Robert Parker-rated wines to be paired.

Prestigious Line Up of Stars

Following his debut at the gala dinner, Björn Frantzén from two-star restaurant Frantzén, the former Stockholm-based chef, will perform the second event in the International Chef Series on November 12 and 13 in the Yi Pavilion Private Room, Aurora restaurant at Altira Macau.

Chef Curtis Duffy of three-starred Grace of Chicago will present his modern interpretation of the season's best quality ingredients for the third event in the International Chef Series. Chef Duffy will make his Macau debut from December 1 -- 3 at The Tasting Room, City of Dreams in Macau.

Other Michelin dining experiences will also take place across Hong Kong and Macau. For more information and bookings, please visit the Michelin Guide at https://guide.michelin.com.hk/ .

The 2017 MICHELIN Dining Series in Hong Kong and Macau is proudly brought to you by the following partners:

For more than 35 years, The Wine Advocate, and later RobertParker.com, has been the global leader and independent consumer's guide to fine wine. The brand was established by world-famous Robert M. Parker, Jr., the only critic in any field to receive the highest Presidential honour from three countries -- France, Italy and Spain. Robert Parker Wine Advocate provides a wealth of information to its subscribers, including a searchable database of more than 300,000 professional wine ratings and reviews plus articles, videos, daily news content, online retail availability and pricing, an active, professionally moderated bulletin board, a mobile app for easy access to the comprehensive online database of reviews, and much more.

In 2016, Robert Parker Wine Advocate partnered with Michelin to launch MICHELIN guides in Singapore and other Asian markets. It provides full support in the form of a digital platform, a series of exclusive dining events and editorial support to increase the footprint of MICHELIN guides in Asia.

About the MICHELIN guide

The MICHELIN guide selects the best restaurants and hotels in the 28 countries it covers. Providing a showcase of gourmet dining around the world, it highlights the culinary dynamism of a country, as well as new trends and emerging young chefs. Creating value for restaurants through the distinctions that it attributes each year, the MICHELIN guide contributes to the prestige of the local gastronomy, thereby making cities and countries more attractive to tourists.  Backed by its rigorous selection method and longstanding knowledge of the hospitality industry, the MICHELIN guide provides customers with unique expertise that enables it to offer them a true quality service.

The different selections are available in both print and digital versions. They are accessible via the Web and on a full range of mobile media that offer navigation capabilities adapted to individual usage as well as an on-line booking service.

With the MICHELIN guide, the Group continues to support millions of travellers, allowing them to live a unique mobility experience.