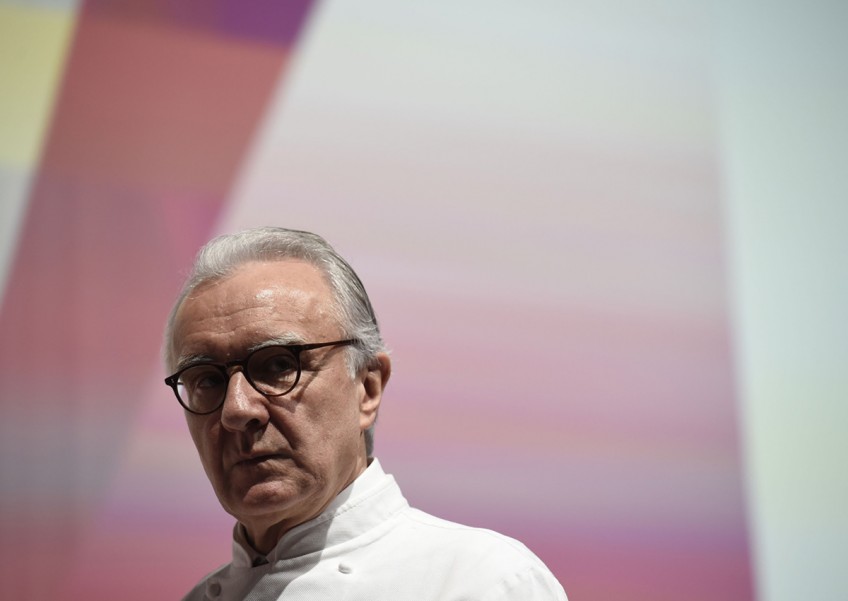 Paris - France's Michelin guide gave the country's most famous chef a much-prized third star but stripped another of his establishments of its top ranking Monday as the restaurant world reeled after the apparent suicide of the "world's best chef" Benoit Violier.

Alain Ducasse, 59, picked up the highest rating for his restaurant at Paris' swish Plaza Athenee hotel while he lost a star for another of his tables in the French capital at the equally opulent Le Meurice hotel.

But with the pressure top chefs face highlighted by the death of French-born Violier on Sunday - just two months after his Swiss restaurant was named the best in the world - the guide raised eyebrows by stripping a star from another restaurant whose founder had also killed himself.

Bernard Loiseau shot himself with his hunting rifle in 2003 after another guide, the Gault & Millau, lowered the rating of his renowned establishment in the Burgundy region.

Loiseau's widow Dominique said Monday she was "shocked and disappointed" by the decision to reduce the Relais Bernard Loiseau to two Michelin stars after 25 years at the top of the table.

"It was a difficult decision but it is part of the job," he said. "We made numerous visits to be absolutely sure.... I hope the Relais Bernard Loiseau gets the star back as soon as possible." Big name British chef Gordon Ramsay's Trianon restaurant at Versailles was also downgraded, dropping to just one star.

Police are still investigating the circumstances of Violier's death near Lausanne in Switzerland. Like Loiseau, he was found with his hunting rifle by his side.

Several of France's greatest chefs have pulled out of the Michelin in the past, claiming the pressure it puts on them and their staff was too great.

Violier retained his three Michelin stars for the Restaurant de l'Hotel de Ville at Crissier when its Swiss guide was published in November.

Even so, his death cast a shadow on the announcement of the new French guide, the biggest day in the country's gastronomic calendar.

The big winners this year were luxury hotels in the capital, with chef Christian Le Squer bringing a third star to the George V, a stone's throw from Ducasse's Plaza Athenee outpost.

But Le Squer told AFP he was not in a mood to celebrate after Violier's death. "The whole gastronomic world is in tears because we lost a great colleague and friend," he told AFP.

Ellis praised Ducasse for his "brave decision to come up with a style of cooking around the idea of 'naturalness'" at the hotel, while he described Le Squer as "a real virtuoso.

"Every dish by Christian Le Squer is a real work of art, a shining example of what French gastronomy does best," he added.

While Ducasse has built a global restaurant brand on the reputation he has won in France, the British-based World Best Restaurant list has been sceptical of his genius.

His Plaza Athenee restaurant languishes at 47th in its rankings, although the alternative French-based La Liste - which claims a more scientific basis for its ranking system - placed his Monaco restaurant Louis XV as the world's 17th best.

Joel Robuchon, who was La Liste's highest rated chef overall, was one of the biggest winners in the new Michelin ratings, going straight in with two stars for his Grande Maison restaurant, which opened in Bordeaux 18 months ago.

Ellis said the guide's feared army of anonymous inspectors notorious for punishing the slightest slippage in its exacting standards, had found French gastronomy to be in rude good health.

Paris - long criticised for the quality and value for money of its cuisine in comparison to the provinces - has made particular progress, he claimed.

"Of the 380 tables that have entered the guide for the first time, 100 are in Paris. It is proof that the city is more than ever a place where chefs want to cook," he said.