PARLIAMENT yesterday approved a record $79.9 billion Budget, with the Leader of the House, Dr Ng Eng Hen, as well as Speaker Halimah Yacob lauding it as one that will bring Singapore closer to its vision of a fair and inclusive society.

With this Budget, and the three before it, the Government has "surely and steadily" made the deep structural changes needed to prepare Singapore for the challenges ahead, said Dr Ng, who is also Defence Minister.

As he wrapped up nine days of discussions on the Government's spending plans and policies, he said the initiatives introduced in the past four years have strengthened social safety nets and redistributed more wealth to the lower- and middle-income groups.

"This represents a fundamental shift... so that we can maintain our precious social compact and bring opportunities and benefits to all," he added.

Likening Singapore to a fleet of cars and trucks speeding towards growth in the fast lane, he said it was as if coaches had been added in the slower lane to bring along the elderly, disadvantaged and less able.

"The entire fleet must arrive at our destination," he said.

Madam Halimah, who presided over the debate, welcomed the greater stability, security and peace of mind that this would bring Singaporeans.

People would be more willing to embrace the change that economic restructuring will bring "if there is a safety net to catch them if they fall", she said.

Also noting how the shift had sparked an ideological debate, she warned that policies should be determined by how much benefit they bring, and not by what ideological position they conform to.

The Budget had garnered unanimous support, they both said, with the ruling party's Members of Parliament, opposition MPs and Nominated MPs alike backing it.

But the MPs had also raised concerns about whether the Government can afford the spending, added Madam Halimah.

Dr Ng said these MPs "showed good judgment and honesty because it would have been so much easier and populist not to sound these warnings".

He added that whether or not the spending is sustainable will depend on whether Singaporeans can work together to make sure the country continues to thrive.

The Budget, for government spending from April 1, is $11 billion more than last year's.

During their speeches, both Dr Ng and Madam Halimah also praised the performance of the nine Nominated MPs who were sworn in last September.

Dr Ng said they had "added substance and style" with their "passionate and stirring speeches" at their Budget debut.

Madam Halimah said she was also proud to have in lawyer Chia Yong Yong - who has peroneal muscular dystrophy and uses a wheelchair - an NMP representing the special needs community.

Adding that it is a first, she said: "I am glad our Parliament is truly inclusive and no disability or impairment is an impediment to any Singaporean who wants to contribute and has the people's welfare at heart."

Over the nine days of debate, MPs spoke about the new SkillsFuture scheme that will help people master skills throughout their working lives, stimulating productivity and the need to retain Singapore's historical and cultural traits, including hawker food.

Dr Ng said these topics differed from those in previous Budget debates, as the Government had successfully addressed the past issues such as help for the poor, the old and the lower-skilled, and the influx of foreign workers.

In all, 54 MPs spoke on the Budget statement, while 65 MPs spoke during the debate on the individual ministries' budgets.

Wrapping up, Madam Halimah said the work was not over. "The end of this Budget debate is but the beginning of more concerted efforts to reach out to Singaporeans on these policies."

This article was first published on March 14, 2015.
Get a copy of The Straits Times or go to straitstimes.com for more stories. 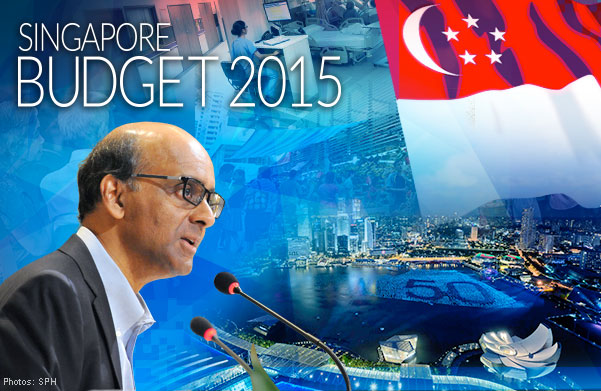 Blurb
All the stories on the Budget 2015.