Rescuers carry out a rescue operation after a TransAsia Airways plane crash landed in a river, in New Taipei City, February 4, 2015.

TAIPEI - Barely six months clear of its last aviation accident that claimed over 40 lives in Penghu, Taiwan-based TransAsia Airways suffered another tragedy yesterday as one of its planes crashed into the Keelung River in New Taipei yesterday, with 31 people having lost their lives as of press time.

By yesterday evening, the plane's flight data recorder, or "black box," had been recovered from the river.

With 58 passengers and airline crew onboard, the plane was seen flying low over Taipei early yesterday morning, before clipping a freeway and crashing into the river.

The crash was captured on dashcam videos by passing cars.

TransAsia Airways plane with 58 onboard lands in Taipei river

Fifteen from the flight who were injured were still being treated at the hospital, another two being a cab driver whose car was in the way of the plane as it went down, as well as his passenger.

The remaining 12 were allegedly still missing.

Among the first group of passengers rushed to the hospital after the crash, two were reported to be without any signs of life before reaching the Cathay General Hospital's Xizhi branch, where the passengers are being treated for their injuries.

The two were later pronounced dead after emergency treatment.

The cause of death was determined to be severe head trauma.

The ATR72 model was one of the five that TransAsia had purchased only last April from France.

The specific plane that crashed yesterday had a new engine fitted in Macau when it was being transferred to Taiwan from France due to a faulty engine, said TransAsia.

There were 31 mainland Chinese tourists onboard the plane, with 16 part of a tour group - five families in total - that was visiting Taiwan before Chinese New Year and returning to Xiamen via Kinmen.

Another 10 were local residents of Kinmen.

According to what was alleged to be the last conversation recording in the plane's cockpit, the pilot had called out "Mayday, engine fire out" shortly after the plane took off.

Acting Transportation Minister Chen Jian-yu praised TransAsia Airways for its concern for all its passengers, while Tourism Bureau Director-General David Hsieh stated he is doing his best to assist all mainland Chinese passengers involved in the crash.

Chinese Communist Party General Secretary Xi Jinping voiced his concern for the Chinese tourists, and instructed officials to actively contribute to the rescue mission, while also extending his condolences to the families of the victims. 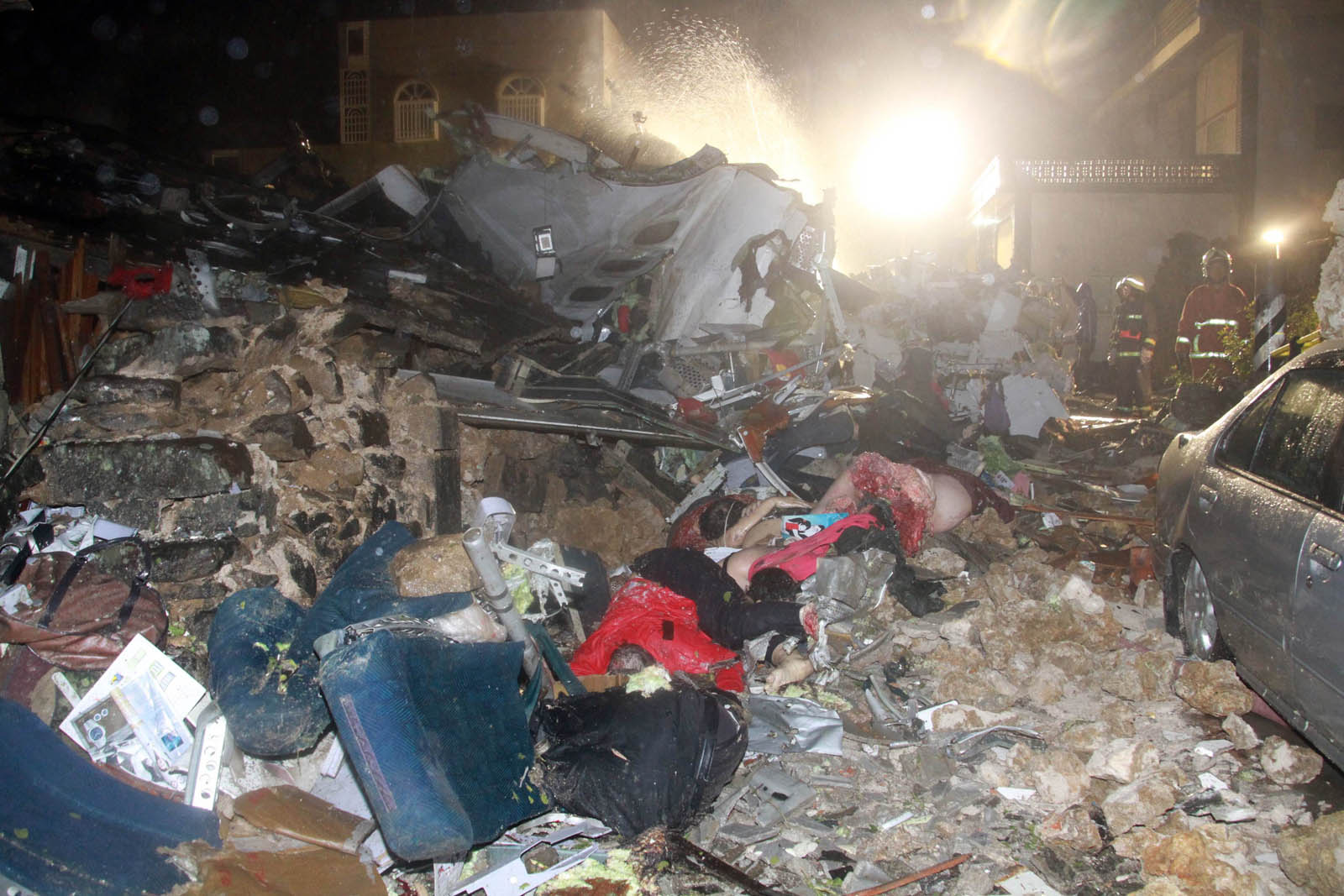 Blurb
Taiwanese airline TransAsia Airways flight GE222, with 58 on board, crashed near Magong airport on the outlying Penghu island after an aborted landing.