Minimum wage in Malaysia to be raised in July 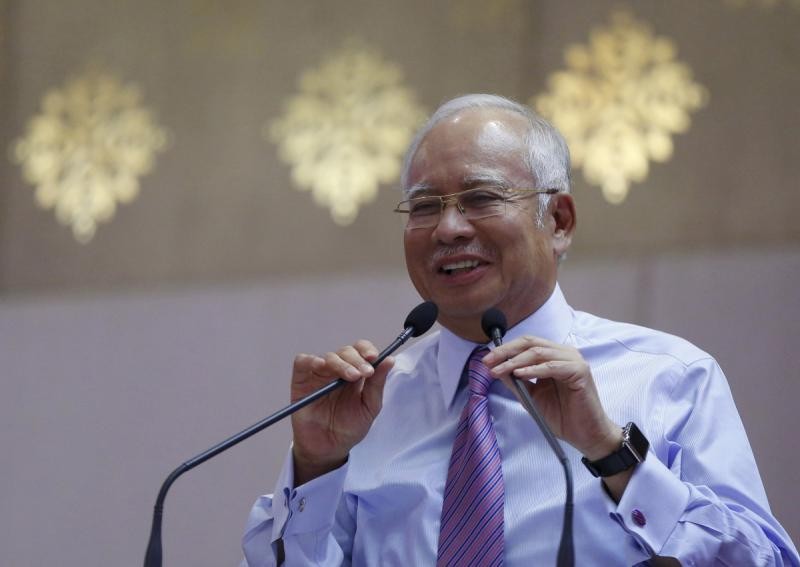 KUALA LUMPUR: Come July, the minimum wage will be raised to RM1,000 (S$342) for workers in peninsular Malaysia and RM920 for those in Sabah, Sarawak and Labuan as announced in Budget 2016.

"The new minimum wage, effective from July 1, is an increase of RM100 (11 per cent) for workers in peninsular Malaysia and RM120 (15 per cent) for Sabah, Sarawak and Labuan," he said during the national-level celebration attended by over 5,000 workers at the Putra World Trade Centre.

With the new minimum wage to boost productivity, Najib said the Government expected a more equitable distribution of income between capital owners and workers.

The implementation of the national minimum wage policy in 2013, he pointed out, had already benefited 1.9 million private sector workers, which was later extended to the public sector via a new salary scale as announced recently.

The Employment Insurance Scheme (SIP), he said, was to better protect employees as well as make it easier for employers to run businesses.

The SIP, he said, was aimed at helping workers who had been laid off with their expenses until they found new jobs, including employment counselling services to improve their chances of landing new jobs.

Training programmes by SIP, he said, would also allow employers to improve the skills of their workers and pay them accordingly.

"The scheme will help employers adapt their organisation to changes in technology and business structure while reducing the stress of bankruptcy or downsizing.

"The risk of conflict due to layoffs can be reduced because SIP will provide protection to employees during periods of temporary unemployment," he said.

Najib said details of the scheme, which was being worked out, would be announced after the engagement process with all parties, adding that "this will be a shared responsibility between employers and workers".

Malaysians facing higher costs of living, added Najib, should not only view this from the aspect of the cost of goods and services but look towards striving to increase their skills and capabilities through education for access to higher-income jobs.

"High income can only come through high levels of skills and education and increasing productivity," he said, adding that a country's survival was dependent on its ability to innovate and to think out of the box to generate wealth.