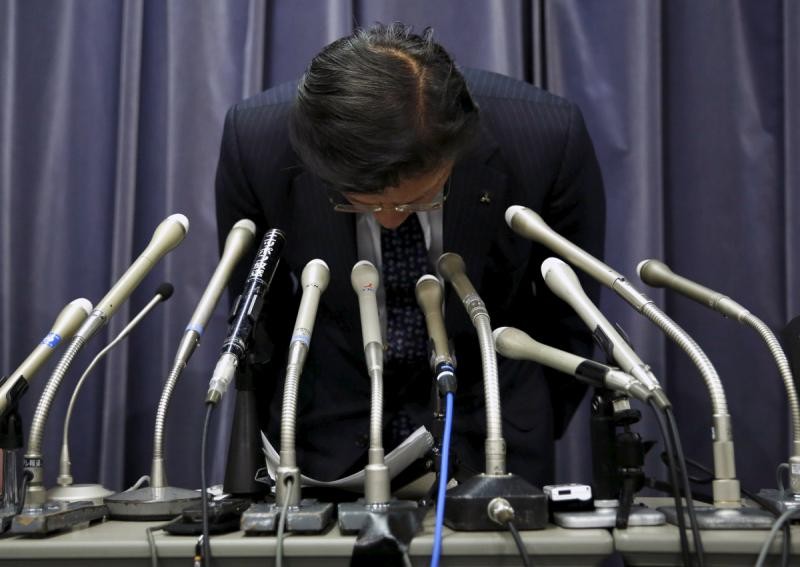 Tokyo - Mitsubishi Motors' shares nosedived for a third day on Friday, falling as much as 16 per cent in early trading in response to its shock admission that it cheated on fuel-efficiency tests.

Panic-selling in the past two days had already sent the share price tumbling by a third, wiping about $2.5 billion off the automaker's market value, after the embarrassing revelation.

It marked the worst three-day decline since the company's listing in 1988, Bloomberg News reported.

The scandal came as German auto giant Volkswagen struggles to restore its badly dented reputation after revelations of emissions rigging.

Mitsubishi admitted Wednesday that unnamed employees rigged tests to make some of its cars seem more fuel-efficient than they were in reality.

The company said it would halt production and sales of the affected models - mini-cars sold in Japan including some made for rival Nissan - and warned that the number of cars involved in the scandal would likely rise.

"Certainly it is a blow, the vast majority of their business in Japan has become selling mini-vehicles to Nissan because the market share of their own branded products after the scandal in the 2000s withered down to practically nothing," Christopher Richter, an auto analyst at brokerage CLSA in Tokyo, told AFP.

More than a decade ago Mitsubishi teetered on the edge of bankruptcy after being hit by a lack of cash and a series of huge recalls linked to serious defects.

Japanese industry minister Motoo Hayashi told reporters Friday that he has "instructed (the company) to swiftly report facts" around the fuel efficiency scandal to the ministry, Jiji Press reported.

Meanwhile, the transport ministry sent officials to raid a Mitsubishi Motors' research and development centre for a second day on Friday, a ministry official told AFP.

Transport minister Keiichi Ishii told reporters on Friday that the ministry will review ways to test fuel efficiency to prevent a repeat of the scandal, Jiji said.