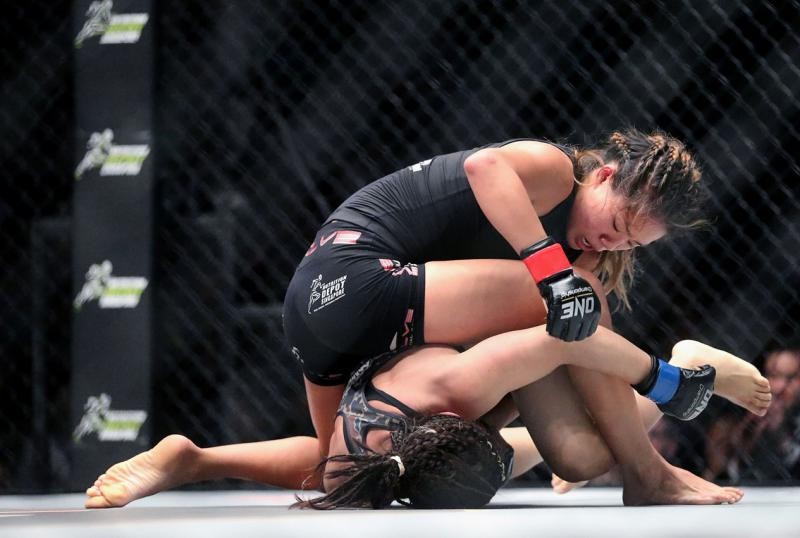 The deal - which could help One Championship grow beyond the $1 billion valuation mark - has been struck with investment firm Heliconia Capital Management, a wholly owned subsidiary of Temasek.

The partnership, worth a "significant eight-figure sum", is believed to be Heliconia's first foray into the sporting world. It will also see Heliconia chief executive Derek Lau join One Championship's board. He said: "We believe One Championship can potentially be the next big thing for consumers in Asia. It has the right product for Asia, it understands Asia and knows how to monetise the value proposition in various ways in the new economy."

Yesterday, One Championship founder and chairman Chatri Sityodtong told The Straits Times: "Derek and I both believe One Championship can become Asia's first multi-billion dollar sport media property... It is a big boost for the global MMA industry and a massive point for the sport in Asia."

Cash boost aside, One Championship will benefit from Heliconia's network across Asia. The promoter has held live events in 10 Asian territories. Besides wanting to establish a foothold in China, where it held two shows last year, Mr Chatri, a former hedge fund manager, said the goal is to penetrate more East Asian countries, including Japan and South Korea, in the process creating a "truly Pan-Asian product".

"We have been growing at triple-digit percentage annually for the past five years... the deal puts us on the path to pass the $1 billion valuation in the next 12 to 18 months."

In its early years, MMA had to grapple with a reputation for being too violent. But it has become a global sport fronted by star names like Ronda Rousey and Conor McGregor.

UFC is shown in more than 156 countries, while One Championship claims to have 90 per cent market share in Asia. Its last show here drew a sell-out crowd of 11,000 at the Singapore Indoor Stadium, thanks in part to the popularity of Angela Lee, an American fighter of Singaporean and Korean descent.

CIMB Private Banking economist Song Seng Wun, noting how Chinese companies have invested billions in football recently, said: "It is hard to make money in this world of low interest rates and depressed foreign yields... sport represents a new area of business. MMA has surprised everyone by being a lot more popular than when it first started. You could say it ticks the right boxes."