3 reasons why rising household income is not making Singaporeans happier

Money is at the root of pretty much everything Singaporeans are stressed about. Work-related stress is a huge source of angst here, which really isn't surprising when you consider that three-quarters of Singaporeans see their jobs as nothing more than a means to put food on the table.

Even our personal problems are linked to work — there's a growing number of singles, many of whom wish they were coupled up but just don't have the time to date because of — you guessed it — work. The birth rate is spectacularly low because of the high cost of raising a kid and the time commitment that busy professionals can't afford to spend on childrearing.

Yet by official accounts, household incomes are actually rising faster than inflation. In fact, on Feb 15, 2022, the Department of Statistics Singapore released findings that the median household income in Singapore grew from $9,189 (in 2020) to $9,520 (in 2021).

Singaporeans should supposedly be enjoying their greater spending power, but instead we just seem to feel poorer and poorer.

Here are three psychological findings that can explain why Singaporeans are not getting their money's worth from the nation's household income growth.

A lot of Singaporean retirees are asset-rich and cash-poor. All of their wealth is tied up in their homes, so you get cases where a retiree living in a million dollar property is eating sliced bread for dinner every day.

Read Also
First jobbers, which savings account is best for you? 7 questions to ask yourself 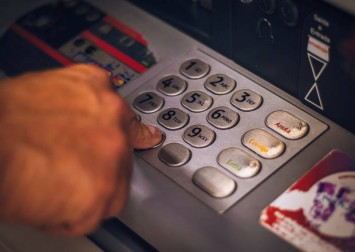 And retirees aren't the only ones, either. Because the CPF system basically locks up cash till retirement, the easiest way for young Singaporeans to get the most utility out of their CPF savings is to sink it into property. And that's exactly what they do.

Singaporeans also tend to try to stretch themselves when it comes to their first home, seeing it as an investment rather than just a place to live. An estimated five per cent to 10 per cent of Singaporeans with home loans are overstretching themselves and could be in big trouble should they face cash flow issues.

In addition, high prices on the rental market (especially as rents are artificially raised due to restrictions on renting out HDB property) and HDB subsidies make purchasing more attractive than renting to most young Singaporeans, which is why the vast majority only move out of their parents' homes when they are ready to purchase a property.

What this means is that Singaporeans tend to have high household debt levels and, consequently, less cash in hand. You might be paying through your nose for that multi-million dollar luxury condo, but your bank account balance is going to take a hit because of it.

In addition, people seem all too ready to sign up for car loans and even instalment plans for non-essentials like luxury goods or Lasik surgery.

Conversely, science says that in terms of your happiness, you might be better off holding on to more cash and spending less on everything else. Having $1 million in the bank will make you happier than having a $1 million nett worth if $990,000 of that sum comes from the value of your home.

Of course, it is financially prudent to invest your cash rather than leave it lying in the bank. This means a trade-off is necessary.

Singaporeans can give themselves a greater feeling of security by making sure they have an adequate emergency fund and cash savings before they sink all their cash in property or investments. This not just makes you feel better but is also the smart thing to do, since you won't be forced to turn to high interest credit card debt if you face unexpected expenses.

You've probably heard this one before, but it bears repeating. If you're going to spend money, you'll probably be able to buy more happiness with it by spending it on experiences rather than physical objects.

Read Also
8 personal finance ratios that everyone should know 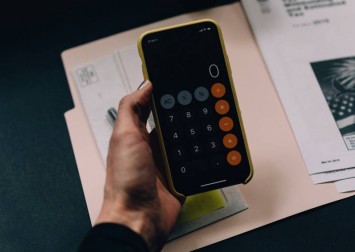 Not only does that week-long holiday to Melbourne give you an entire week to bask in the glow of being on holiday, but your mood will also be lifted in the lead-up to your holiday as you plan and anticipate, and after the holiday as you look back on your happy memories.

On the other hand, that purchase of a Chanel bag could make you happy when you leave the shop, but the happiness tends to be much more fleeting in nature.

So why is this relevant to Singaporeans? Singaporean culture is extremely materialistic, which means that people are more likely to be willing to spend money on flashy and expensive physical items. A typical bank executive thinks nothing of spending $6,000 on a handbag.

In addition, Singaporeans tend to be quite time-starved due to long working hours, which further exacerbates shopping addictions, since buying stuff is a quick and easy way to 'enjoy life' when you have very little free time.

Put your money towards buying an experience rather than another trinket and see if it makes you feel any different. Of course, the experience you choose should be something you are personally interested in, rather than something you think others will find cool or something all your friends are doing.

There is a reason so many Singaporeans are addicted to travelling — an overseas trip is an experience on steroids, one that can stay with you for a long time.

But there are also cheaper local alternatives — if you've always wanted to try rock climbing, ballet, muay thai or parkour, sign yourself up for a beginner's class rather than spending that money on another new outfit. Divert most of your discretionary spending from objects towards experiences and you might find your life all the richer for it.

Spending on others rather than yourself makes you happy

Let's be honest with ourselves here. Singaporeans are not exactly known for being very altruistic. Instead, we're more likely to describe our compatriots as kiasu and selfish.

Read Also
How much do you really need to buy your first condominium in Singapore? 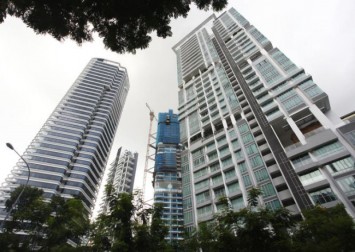 In the World Giving Index 2018 report, we were ranked seven out of approximately 140 countries, coming out below Indonesia, Australia, New Zealand etc.

Well, maybe that's not quite so smart, since a Berkeley study has shown that spending money on others makes you happier than spending it on yourself.

This can be a hard lesson to learn, as Singaporeans are so used to thinking of money as so very scarce that we're loath to spend it on anyone other than our own families and partners.

Instead of buying a pair of new shoes, how about treating your secretary to lunch to show your appreciation? Or buying lunch for your elderly neighbour?

It's not the actual cost that counts, but rather the act of doing something nice for someone else, which has been shown to promote our own happiness, too.

Seeing as we have a reputation for being surly and unhappy despite the amounts of money we spend on ourselves, this might be a trick worth trying.

READ ALSO: 3 types of bank accounts you should consider opening this new year