Singapore’s office rents have a long way to go before matching Hong Kong’s, even after half a dozen of mainland China’s largest technology behemoths piled into the city state in recent months to set up their regional hubs, analysts said.

The average monthly rent for Singapore’s grade A office space may drop by 6 per cent this year to $9.01 (US$6.72) per square foot, following the 10 per cent plunge in 2020, as the coronavirus pandemic crimped businesses and forced many to postpone their expansion plans, according to data by Cushman & Wakefield.

In Hong Kong, average office rent in the Central district may fall by between 5 per cent and 10 per cent this year, extending last year’s 23-per cent tumble to HK$93.8 (S$16.20) per square foot per month, according to data provided by JLL.

“Office rent is a function of supply and demand and the Singapore government has control over the supply of office space through the government land sale programme,” said June Chua, head of tenant representation at Colliers. “To provide lower cost options for office space, the planning authority … has plans to release commercial sites in the suburbs and create commercial hubs near to the [subway] stations. Business parks in Singapore also help to provide a cost-effective solution for companies whose office activities and functions can be housed in the business parks.”

That prognosis is good news for other companies that are considering Singapore as a potential option, as Hong Kong’s gravity-defying rental costs drive them either out of the Central business district to cheaper suburbs, or drive them away from the city altogether.

One of the world’s technology megacities, Singapore’s global connectivity, complementary industries and a deep talent pool make it highly attractive to both scaling and established companies, according to a report released by Savills in December.

Several technology companies domiciled in mainland China have set up regional offices or hubs with core operations in Singapore in recent months.

Alibaba Group Holding, which operates one of the world’s largest e-commerce platforms and owns this newspaper, bought a 50 per cent stake last May at the 50-storey prime office tower AXA Tower, valuing the property at $1.68 billion.

TikTok, the overseas short-video platform owned by Douyin’s parent ByteDance, has taken up office space in two of Singapore’s most iconic buildings: about 58,000 square feet at Guoco Tower and about 100,000 square feet at One Raffles Quay South Tower.

The Beijing-based company is likely to pay $20.88 million in rent every year, based on the average rental charge of between $10 and $11 per square foot, according to property consultancy Colliers.

Not to be outdone, Tencent Holdings has taken up 200 seats at JustCo’s co-working space at the OCBC Centre East at Raffles Place.

Read Also
Will Singapore's rental market maintain its resilience in 2021? 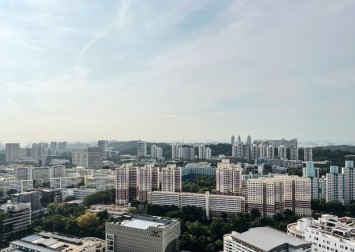 The world’s largest publisher of mobile games is likely to pay $2.88 million a year in rent, based on the monthly fee schedule of between $1,000 and $1,200 per person for co-working space in Singapore, analysts said.

“The Singapore office market has always been attractive [because of its status] as one of the top global financial hubs,” said Jerome Wright, senior director for capital markets at Colliers. “More recently, it is also becoming a hub for the tech sector, attracting Asian tech occupiers such as ByteDance, Tencent and Alibaba, thanks to the immense talent pool, the government’s Smart Nation drive and Singapore’s position as a key gateway to the growing Southeast Asia economies.”

Hong Kong’s office rents were the world’s most expensive for many years running, mainly because of the robust demand for marquee addresses by mainland Chinese companies that piled into the city for initial public offerings (IPOs) on the city’s stock exchange. 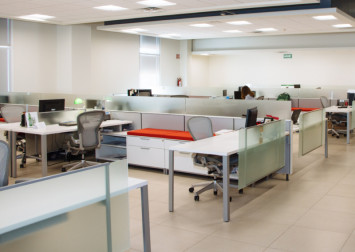 As a measure of how expensive prices are, the 2017 sale of The Centre in Central still holds the worldwide record as the most expensive office tower ever sold, at HK$40.2 billion (US$5.2 billion).

The trend of mainland Chinese companies flocking to Singapore may continue as organisations look for another base given the concern over Beijing’s increasing control in Hong Kong. TikTok pulled out of the city in July for this reason.

“The recent change to the electoral system of Hong Kong will push some firms including Chinese firms out of Hong Kong to relocate to Singapore, which is seen to be more friendly to foreign investments,” said Sing Tien Foo, director, Institute of Real Estate and Urban Studies at the National University of Singapore.