DPM Heng Swee Keat pledged that the Government will lead the way in the fight against Covid-19.

One size does not fit all. Economists say Southeast Asian governments should heed this axiom in fiscal policy as they decide whether to follow regional economic powerhouse Singapore in adding to their already massive rounds of stimulus this year.

The island republic caught observers off guard on Tuesday as the Deputy Prime Minister Heng Swee Keat announced a new $33 billion round of support measures to save as many jobs as possible with the coronavirus pandemic expected to bring about the country’s worst ever recession .

Market watchers had expected a less substantial supplement to the three rounds of measures that Heng, who is also the finance minister, has unveiled since February. With the latest injection, Singapore’s stimulus now amounts to $92.9 billion, or 19.2 per cent of GDP.

Germany and Japan are the only other countries that have spent close to 20 per cent of GDP in coronavirus-related stimulus.

Unlike the two economic juggernauts, however, Singapore did not borrow to fund its measures. Instead the government has drawn down $52 billion – about 56 per cent of the total extraordinary spending – from its fiscal reserves of over $1 trillion. Public debt in the country is fully backed by assets by law.

Neighbours such as Indonesia , Thailand and Malaysia do not have such deep reserves, and while they can tap ultra-cheap loans – with interest rates at record lows – observers say economic decision makers should do so only after careful deliberation of local factors.

Southeast Asian markets gained on Wednesday amid hopes these economies would emulate Singapore’s mammoth spending boost, but analysts said the countries would be better off ensuring the support they had already rolled out was efficiently executed.

The Southeast Asia-focused economist said even without further stimulus the public debt of these countries – the region’s three biggest economies – are set to rise as expenditures increase and income from tax and commodity exports fall.

“So they simply do not have that much room for more huge fiscal stimulus packages,” Hayat said, adding that Thailand “may be able to do more” due its relative low public debt of about 40 per cent of GDP and low domestic borrowing costs. 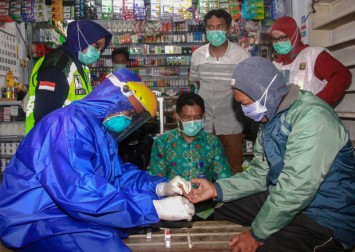 Also among the reasons for caution are the risk of short-term credit downgrades and the need to keep something in reserve for future outbreaks.

Experts also urged countries to ensure there was adequate liquidity in the markets rather than focusing solely on spending hard cash out of the government coffers.

At present, Malaysia’s total stimulus of 260 billion ringgit (S$85 billion) – much of it consisting of credit guarantees – accounts for about 18 per cent of GDP.

Indonesia’s stimulus thus far amounts to about 3.9 per cent, while Thailand and the Philippines are spending about 8.9 per cent and 5.4 per cent respectively.

In Bangkok on Wednesday, the parliament began debating a stimulus package enacted by decree by Prime Minister Prayuth Chan-ocha.

The government needs approval for the nearly US$31 billion (S$44 billion) of borrowing that partly funds measures such as wage subsidies and soft loans for companies.

Shaun Roache, Asia-Pacific chief economist at S&P Global Ratings, said that there was no doubt the region’s emerging economies needed to limit the damage caused by lockdowns and falling external demand.

“Still, some of these economies have already announced substantial easing and the focus now should be on execution rather than adding more,” Roache told This Week in Asia. “Risks of a second wave remain high and we may see governments save some dry powder in case they need it.”

While measures put in place by the likes of Malaysia, where 77 per cent of the stimulus measures are credit guarantees rather than cash spending, have prompted scorn in some quarters, economists said such measures were as important as direct injections.

“To be absolutely clear, while these credit/liquidity lines and or guarantees do not entail fresh fiscal stimulus per se, they are absolutely critical to revive an economy in shock – not unlike how an intravenous drip is protocol for patients wheeled into any emergency room,” said Vishnu Varathan, the Singapore-based head of economics and strategy at Mizuho Bank.

Prakash Sakpal, an Asia economist with ING, said while direct fiscal injections were still needed in the interim – soft loans such as those offered by Thailand were a “good policy option” given how interest rate policies were reaching their limits in the country.

Read Also
S'pore heads for deeper recession: 2020 growth forecast cut to between -7 and -4% on Covid-19 impact 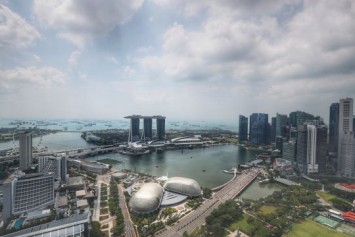 Such measures are likely also to limit the chances of a credit downgrade.

The three big ratings agencies, Fitch, Moody’s and Standard and Poor’s, have so far not downgraded any of the region’s economies, though outlooks for Malaysia, Thailand, the Philippines and Indonesia have been downgraded.

Vishnu said Malaysia’s model of a stimulus package that is packed with financial measures – not actual spending – such as credit for small and medium enterprises, early access to pension and loan moratoriums, helped dull “the sharp trade-off between the need for fiscal backstops and sovereign risks by presenting a happy compromise that is not just necessary but perhaps even desirable”.

He said: “The fact is the nature of revenue shocks in these economies from the coronavirus pandemic means that a liquidity flush – via liquidity and credit facilities – may be precisely the type of access to cash that the economy needs.”

The analysts said governments needed to pay special attention to small and medium enterprises in their next steps, as these firms’ survival would prove crucial in saving jobs.

Singapore’s latest set of measures saw the government roll out rental relief for these firms, and the government is also planning to enact a law that will among other things allow businesses to pay rental arrears in instalments during the crisis.

“Future rounds of easing, if they come, will likely focus on supporting SMEs which in turn will support jobs,” said Roache, the S&P Global economist.

“This could include direct fiscal support or ongoing forbearance by banks. The more jobs that can be saved, the quicker the eventual recovery will be, even if that comes with some short-term fiscal costs.”

Hayat, the Rabobank economist, said that with the limited scope for fiscal stimulus for the likes of Malaysia, Indonesia and Thailand, he believed these countries would try to experiment with “unconventional monetary policy tools” such as having their respective central banks buy bonds – a move that keeps bond yields low despite increasing public debt.

The Malaysian government might focus more on tapping the Islamic finance market by issuing so-called sukuk, the Islamic equivalent of bonds, Hayat said.