Wealthy individuals who are mainly involved in, or have some investment, in cryptocurrencies are considered more entrepreneurial than the rest of the affluent population, according to the latest report by research group Wealth-X.

According to Wealth-X, 84 per cent of the 3.6 million wealthy individuals in the world or those with a net worth of at least US$5 million (S$6.8 million), are self made with the remainder inheriting their fortunes.

This tendency towards entrepreneurship among the wealthy is even more pronounced among those with an interest in cryptocurrencies, according to the US-based wealth information and insights provider.

"Almost 90 per cent of those with a general interest in cryptocurrencies created all their own wealth, with just 0.5 per cent relying solely on inheritance," according to the report.

"The data [also] shows that self-made wealthy individuals appear more likely to be open to investing in assets, such as cryptocurrencies, that are riskier and more volatile than other asset classes."

The report added that for those who generated their wealth via cryptocurrency related activities, it was no surprise that "inheritance hardly plays a role in the wealth source".

A cryptocurrency is a digital or virtual currency secured by cryptography and can be used to buy products and services, but is not backed by a government authority, which potentially makes it a risky asset class.

Bitcoin, perhaps the best known cryptocurrency, is currently trading at about US$40,000, according to trading platform Coinmarketcap. 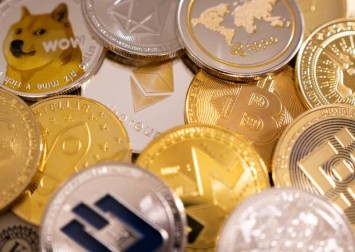 It surged 60 per cent in 2021 and more than 1,000 per cent over the past three years but has been subject to significant volatility along the way.

Crypto founders or investors include Vitalik Buterin, the Russian-Canadian co-founder of the Ethereum cryptocurrency, whose wealth is estimated to be US$1.2 billion and Americans Cameron and Tyler Howard Winklevoss with a net worth of US$3.8 billion each.

Here in Asia, Singaporean Jihan Wu has an estimated net worth of US$3.2 billion and is the chairman of Bitdeer Technologies Holding.

Nine in every 10 investors in cryptocurrencies are male and relatively young, with an average age of just over 47.

The average age of the global wealthy population is just over 60 as it typically takes the best part of a professional career to build up wealth, according to Wealth-X.

"The fast-moving crypto sector is a notable exception, particularly among crypto founders/investors, whose average age is just over 47," according to the report.

In Hong Kong, around a third of the population are estimated to have invested in, or used, cryptocurrencies as a medium of exchange, the second-highest engagement with the new asset class among developed markets, according to a December survey by credit card company Visa.