The economics behind NFTs: Why celebrities such as Justin Bieber and Gwyneth Paltrow pour millions into Bored Apes

Mention NFTs and people get all defensive. Self-proclaimed evangelists of non-fungible tokens say “it’s a generational thing”, meaning anyone who is shocked by the millions spent on cartoon images of an ape is simply old.

Sceptics of NFTs are devastatingly dismissive too. When they say “how can this possibly be art?”, what they really mean is that the collectors of Bored Apes, Cryptopunks and other digital images sold in cryptocurrencies have warped values, make crass speculative bets and, worst of all, have terrible taste. Meanwhile, the market keeps getting bigger and more outlandish.

In the past month alone, Hong Kong has seen NFT launches by a feng shui master, a DJ, a Bored Ape-derived fantasy football club and a virtual human who will “make” a work of art. Meanwhile, Hong Kong celebrities are joining the likes of Snoop Dogg and Paris Hilton in setting up their own universes in the metaverse – virtual worlds where their fans can buy NFTs of virtual concert tickets, virtual outfits and virtually everything else.

The bears became more convinced that NFTs will go the way of tulips in the 17th century and South Sea Company stock in the 18th century when cryptocurrencies suffered a spectacular crash recently (Ethereum, the cryptocurrency favoured by NFT creators, lost half its value against the US dollar between November and January).

The names of the NFTs seem to invite ridicule. Are collectors zombies who ape the actions of others out of sheer pandemic-induced boredom?

Yet values of the most expensive NFTs in dollar terms have held up. So if one Bored Ape was sold for 40 Eth (S$3,850) three months ago, it’s probably going for at least 80 Eth today to make up for the loss in value of Ethereums.

It is difficult to see what the real trends are behind the frenzied launches, the impenetrable slang and jargon, and the cultlike tendencies of NFT evangelists who exhibit the same marketing zeal as purveyors of old-fashioned pyramid schemes.

So let’s take a step back and look at what NFTs are really for. The answer isn’t as straightforward as their creators intended.

Back in 2014, an artist called Kevin McCoy and a technology consultant called Anil Dash came up with the idea of using “blockchain” technology – which powers bitcoin and other cryptocurrencies – to verify and record ownership of digital artworks. This promises tamper-proof immutability – a smart contract executed by a decentralised computer network that is permanent, transparent and comes with a full transaction history.

These days, Dash is one of the most vocal critics of what NFTs have become. Mainstream brands have taken over the space, as they “see their own opportunity to capitalise on the hype”. In short, artists have been pushed to one side, while the cryptocurrency world remains a “hermetically sealed economy” that exists only to be traded.

But rather than just accept that NFTs have been irrevocably ruined by money and greed, University of Chicago economist Canice Prendergast, keeper of the art collection at the Booth School of Business, suggests a middle ground.

He points out that blockchain and NFTs are very useful when you cannot rely on the provider of a good to act in an appropriate way. That is why you rarely see established artists who are represented by a gallery issuing NFTs – you don’t need to. 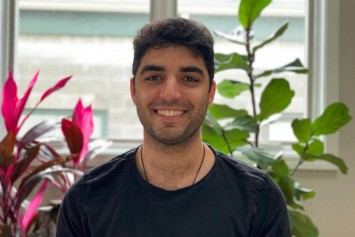 “When a gallery sells you a photograph and the gallery owner tells you the edition only has six copies, you can believe it because the gallery’s reputation is at stake. NFTs work well when you don’t have that assurance,” he says.

And because the NFT world appeals to those who do not like institutional constraints or regulations beyond the verification provided by a technology platform, you also don’t have anyone working with curators and academics who reward artistic innovation by providing the certification that confers value.

“That’s why there is so much spamming going on in the NFT space. Blockchain allows trading without an intermediary and spamming is a trade-off,” he observes. One shouldn’t tar different kinds of NFT art with the same brush, though, Prendergast adds.

The academic, whose main research work is on creating a private currency to facilitate the distribution of Covid-19 vaccines to low-income countries, has been paying a lot of attention to the crypto space because of his interest in art and in the design of markets in general.

He notices that there is a category of NFT art that doesn’t make much economic sense to him – abstract art made by algorithms that are sold by the thousands and have no individual style.

“These are more of a quandary for me. You cannot calibrate the supply of something that doesn’t stand out. Some are sold for over a million US dollars. Perhaps the NFT art market values novelty and ‘the first’ to do something,” he says.

Bored Apes and Cryptopunks, which are also made by algorithms, do not belong to that category. In both cases, 10,000 unique versions of the same cartoon creature were created by software that mixes and matches different attributes such as gender, accessories, hairstyles and facial expressions.

He posits that the wild valuations may have to do with similarities with three tried-and-tested business models: Walt Disney, social media, and art fairs.

“This part of the NFT market is where someone is trying to create the Mickey Mouse of this era. These are new sets of characters. Collectors of these may be thinking at the back of their minds, I could be the person owning the rights to the next Mickey Mouse,” Prendergast suggests.

There is also the irresistible pull of exclusivity. The owners of the 10,000 Bored Apes – currently standing at 6,300 according to the official OpenSea marketplace – get to be members of the Bored Apes Yacht Club, basically a company that came up with the apes. (Incidentally, a big debate is going on over whether BuzzFeed News should have revealed the identity of the two American founders last week.)

As members, they enjoy perks such as real-life junk parties and the right to buy merchandise and boast about the fact that they belong to the same “club” as Gwyneth Paltrow, Eminem and Justin Bieber, who has two apes. (In Hong Kong, ape owners form their own “Elite Apes” club whose members socialise together as well as spin off independent moneymaking ventures, such as a collaboration with HolyShxxt!!, a Hong Kong-based fantasy football NFT game company.)

“It’s not that different from taking a private jet to Art Basel and attending VIP parties,” Prendergast says. 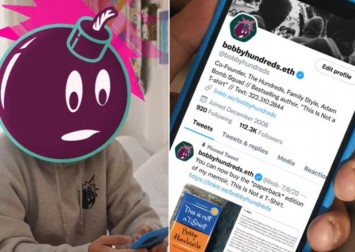 Ultimately, it’s about selling a community, he adds. “The startling thing about NFTs is that the overall supply tends to be huge – 10,000 seems to be the magic number. The mechanism is similar to social media platforms that plough earnings into increasing their size of the market. The more people who use Facebook the more valuable Facebook is to its users.

“That’s the basic tenet of what we call platform competition. The traditional art market doesn’t take that view and it keeps editions to a small number.”

In return, buyers get to boast about it by using a Bored Ape or Cryptopunk as their social media profile.

To sceptics, all this boastfulness may sound childish and utterly banal. That’s not fair, says the latest Hong Kong celebrity to back NFTs.

Stephen Fung Tak Lun, film star, director and husband of actress Shu Qi, has just become a landlord in Mega City, a virtual Hong Kong inside a metaverse called The Sandbox (in which this newspaper also has a plot).

He doesn’t hide the fact that it is all business. He is mulling NFT games related to films that he’s made, or selling passes so that fans can hang out with the couple virtually and with each other. It is human nature to want to belong to exclusive clubs, he says.

But the focus is on helping artists. “I am a graphic designer with a degree from the University of Michigan and I want to help colleagues who graduated with me. They may have been making a decent living these past two decades but this is a moment when they can really shine. They make good art and I believe original digital art has a lot of value,” he says.

Fung reinforces the idea that the fact that artists receive royalties from secondary sales by default is a fundamental feature that makes this a market that respects artistic talent.

Prendergast points out another aspect of the NFT market that is valuable to the existing art world. “This should be a wake-up call to the traditional art market, which is often blind to the barriers of entry that it has. It is not a liquid market and the secondary market for most artworks doesn’t function.

“Art galleries often charge 50 per cent in commissions so if you resell a work that you no longer like, you lose half the value. For NFTs, the market is very liquid. If you don’t like something you’ve bought you can sell it for a 2 per cent fee,” he says.

Artists who are so famous that they no longer need galleries to give them legitimacy are clearly taking note.

Damien Hirst and Cai Guo-qiang are just two artists who have sold NFTs directly in the past year. In an interview with Post Magazine, Hirst explained the artistic approach behind “The Currency”, his tongue-in-cheek experiment that sold NFTs for a series of earlier works on paper consisting of multicoloured spots.

Prendergast gives a more prosaic interpretation. “Damien Hirst tried to short-circuit the gallery system back in 2008 when he sold directly through an auction house, which in those days was really controversial. He is very clever and very quick to jump on to this new method of distribution.

“And look at how many NFTs he minted for ‘The Currency’? 10,000! This is someone who knows about platform competition!”