Standard Chartered CEO: Cryptocurrencies are 'here to stay', but likely to be overshadowed by other digital assets

Standard Chartered CEO Bill Winters speaks during an interview at the bank’s main building in Central in August.

Cryptocurrencies are "here to stay" and have an important role to play in financial markets going forward, according to Standard Chartered CEO Bill Winters.

However, they are likely to be surpassed in terms of growth and importance by other types of digital assets in the future, such as stablecoins, central bank digital currencies or, even, non-fungible tokens (NFTs).

"I think there's a role for non-fiat currencies, especially when parts of the market are concerned about inflation," Winters said on a conference call following the bank's Innovation and Digitisation Event on Wednesday (Oct 13). "Broadly we've gone through long period of low inflation and we've got central banks experimenting in uncharted territory with very, very loose monetary policy. It's perfectly reasonable for people to want an alternative to fiat currency?"

Dimon has been a long-time critic of cryptocurrencies, such as bitcoin, but said his clients are "adults" and the bank would give them "legitimate, as clean as possible, access."

The price of bitcoin topped US$55,000 on Wednesday evening.

In December, Standard Chartered, through its innovations and ventures arm SC Ventures, announced it had partnered with Northern Trust to create Zodia Custody, a custody service for institutional investors who want to hold cryptocurrencies.

"There are fascinating questions about whether completely decentralised cryptocurrencies are preferable to somewhat administered cryptocurrencies. That the market will decide over time," Winters said. "If there's a role for these instruments in market, there will be a role for us to support that, always subject to regulatory guardrails." 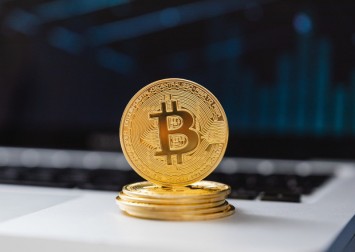 Chinese regulators intensified a crackdown on cryptocurrency last month after banning cryptocurrency mining and trading in the mainland earlier this year. China's central bank is testing its own digital yuan as part of several pilot projects, including at next year's Winter Olympics in Beijing.

Custody solutions for cryptocurrencies are one of several ways that Standard Chartered is trying to be more agile and reactive to its clients needs as Winters continues to reshape the bank six years after being named its top executive.

Winters said the bank wants to generate half of its income in the medium term from its efforts to digitise and transform its core business, including ventures such as Zodia in London, its virtual bank Mox in Hong Kong and Solv, its business-to-business e-commerce platform in India.

As part of ongoing efforts to reshape the bank, Standard Chartered, one of Hong Kong's three currency-issuing lenders, plans to rebalance its internal investment spending and double its spending on strategic initiatives to US$1 billion annually.