Cathay Pacific has been handed a multibillion-dollar rescue package by the Hong Kong government.

Cathay Pacific has become the first publicly listed company to be bailed out by the Hong Kong government, after the halt in global travel left an airline already struggling from the impact of last year's anti-government protests haemorrhaging cash.

Cathay and its sister airline Cathay Dragon suffered a combined unaudited loss of HK$4.5 billion (S$804 million) for the first four months of the year, as travel restrictions imposed to combat the spread of the coronavirus drastically reduced passenger numbers.

Here is why the bailout plan was important, not only for the survival of the city's flagship carrier but also its status as a leading international aviation hub.

Why was there a government bailout?

The airline has been losing money at a rate of HK$2.5 billion to HK$3 billion per month since February and passenger capacity has also plummeted by 97 per cent, according to an exchange filing on Tuesday.

Financial Secretary Paul Chan Mo-po said the objectives for the bailout were to help protect Hong Kong's role as a leading international aviation hub, as well as the city's long-term overall economic development, while generating a reasonable return for the government.

"Our comprehensive international air network not only facilitates the flow of passengers and cargo through Hong Kong, but also underpins the development of a wide spectrum of economic activities, notably trading and logistics, finance services and tourism," he said.

According to the International Air Transport Association, the aviation sector employs about 330,000 jobs in the city and generates 4.9 per cent of gross domestic product.

Chan said it was crucial to protect Cathay, which before the coronavirus had exclusive services in more than 49 passenger terminals and 14 cargo terminals, among the 220 terminals worldwide. At Hong Kong airport, it occupied 57 per cent and 41 per cent of passengers and cargo flow respectively.

How does the bailout work?

Cathay Pacific will raise HK$39 billion from selling its shares to the government and shareholders.

As part of the deal, the airline will sell HK$19.5 billion in preferential shares - equity with restricted voting rights - along with warrants of up to HK$1.95 billion to the government. 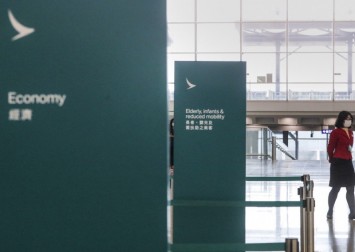 The government, through a new company called Aviation 2020, will buy a 6.08 per cent stake in Cathay, using reserves from the land fund to make the purchase.

It will also gain two "observer" seats which do not carry voting rights on the airline's board of governors.

These seats will be filled with professionals and not officials, and Chan said the government did not want to be involved in the management or daily operations of the airline.

Meanwhile, existing shareholders Swire Pacific, Air China and Qatar Airways have also subscribed to a HK$11.7 billion rights issue, and their stake in Cathay has been diluted.

How far the bailout will save Cathay?

In the most basic sense, the bailout means Cathay Pacific avoids bankruptcy. The rescue package allows the airline to survive for now, and to plan out its future with the help of the government.

The move has also given employees a temporary sense of relief that the airline will not go under, but staff are still disappointed the company did not guarantee job security, said Amber Suen, vice-chairwoman of the Cathay Pacific Flight Attendants' Union, representing about 7,400 Hong Kong-based crew members.

"We are disappointed, because on one hand they get the money [from the bailout], but on the other hand they still introduced unpaid leave and they failed to guarantee no redundancy terms," she said. Suen has been with the airline for seven years and chose to participate in the unpaid leave scheme in February, which has reduced her basic salary by 17 per cent over the past three months.

What if Cathay had not been bailed out? 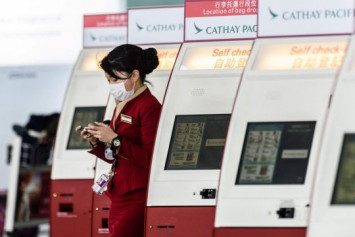 Chan said Cathay's role was unique to Hong Kong, and he pointed out that the airline had flown 1,000 flights through 220 terminals per day before the pandemic, and had all these aviation rights.

If Cathay failed, some of the company's aviation rights might be surrendered to other competitors, such as mainland China, Chan said.

How have other countries saved their aviation sectors?

With the coronavirus still hammering the industry, at least 65 global airlines slashed flights by about 95 per cent in April and May.

Lufthansa Group is set to get US$12.3 billion from the governments of its national airlines in Germany, Switzerland, Belgium and Austria, which includes US$9.8 billion from Berlin. The German government will get a 20 per cent stake, and two boardroom seats filled by independent experts.

What challenges has Cathay Pacific faced in recent years? 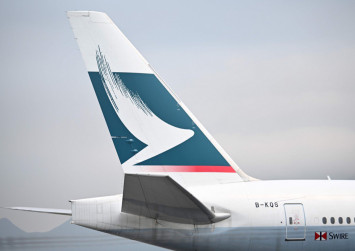 First established in 1946, the 73-year-old airline has had its fair share of drama in recent years. The airline was dragged into last year's civil unrest, and the Civil Aviation Authority in China ordered to Cathay to ban its staff from joining the protests.

Two pilots, and a cabin crew union leader were sacked for their involvement, while the airline warned its staff their social media content would be heavily scrutinised for any posts supporting the anti-government movement.

What impact will the bailout have on Hong Kong's tourism industry?

In the first four months of this year, tourist arrivals to Hong Kong plunged 85.3 per cent to 3.49 million year on year because of the coronavirus.

"If the aviation industry crumbles, it does not only hurt the tourism sector of Hong Kong," said Perry Yiu, convenor of the Hong Kong Travel Agents' Relief Alliance.