Why is Singapore's Grab different from ride-hailing giants Uber, Lyft and Didi?

People wait for the start of Grab's fifth anniversary news conference in Singapore, on June 6, 2017.

The Singapore ride-hailing and food delivery company’s listing is expected to be the biggest listing ever by a tech company from Southeast Asia and an important bellwether for the region’s burgeoning technology sector. It is also the latest company to go public via a special purpose acquisition company (SPAC), the hottest fundraising trend globally since early last year.

As investors pore over its financials, they will draw parallels with US-listed ride-hailing companies Uber and Lyft and China’s Didi Chuxing, which has filed confidentially to float in New York. For food delivery, investors may cross-reference Amazon-backed Deliveroo, whose shares flopped on their March 31 debut on the London stock exchange.

However, Grab offers a different proposition to investors with its super app housing all its daily services, combined with its footprint across the fast-growing economies of Southeast Asia.

Here’s what you need to know about Grab, the “everyday everything” app.

Grab was founded in 2012 as Malaysia’s answer to taxi-booking apps in the US, but has become a digital force offering everything from ride-hailing to financial services. It operates in eight markets across Southeast Asia.

The company acquired Uber’s Southeast Asian business in 2018, started its GrabFood delivery business that same year and opened GrabMart, its grocery delivery business, in 2019. The delivery operations are now Grab’s largest segment, accounting for about half of its business.

Today, consumers can order a ride to work in the morning, pay for purchases with their phones in person in the afternoon and order home-delivered fried crab and other delicacies for their family in the evening.

Grab said it has 25 million monthly transacting users, or unique users that have paid for a product on its platform, and completed 1.9 billion transactions last year.

“The super app concept is somewhat foreign to many US investors, but the way some of our investors our consumers think of us is the best of DoorDash, the best of Uber and the best of Ant Group. It’s absolutely unique,” Ming Maa, Grab’s president told the Post. 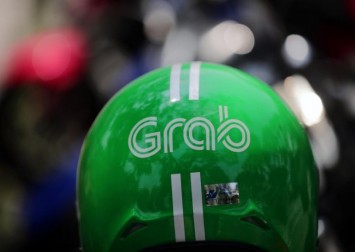 Much like Hangzhou-based Ant Group, Grab’s financial services arm aims to unlock the mass market by fractionalising the cost of products from car insurance to mutual funds. Grab Financial Group sold over 100 million insurance policies across Southeast Asia by February.

GrabPay has “become a significant opportunity for us outside of Grab” said Maa, as every year, more and more transactions through GrabPay are transacted outside of Grab’s services at coffee stores or on e-commerce platforms. By 2022, Grab forecast that total payment volume will be greater outside its ecosystem than within it.

Consumers will soon be able to bank with Grab in Singapore. (The company, alongside its joint venture partner Singtel, received one of four new digital banking licenses in the city-state in December, and it aims to wrest market share from incumbent banks, such as DBS, which are enjoying among the highest return on equity ratios in the region.) Grab will pursue virtual bank licenses in other parts of the region as well.

The digital conglomerate is also branching out into new areas, such as fraud detection and targeted advertising for its drivers and retail partners. 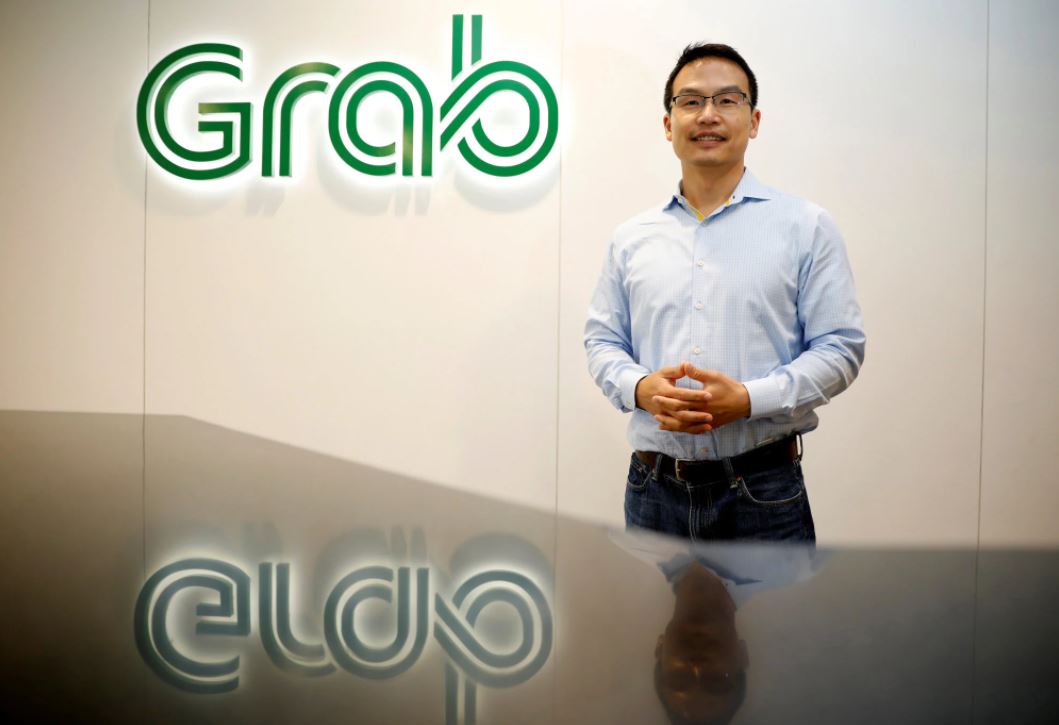 Is Grab ever going to turn a profit?

Uber and Lyft’s share price performance since IPO has shown investors remain cautious about the future of ride-hailing given the industry’s pioneers remain loss-making ventures.

Grab itself remains unprofitable but said in January that its ride-hailing business broke even across all markets last year. Its group revenue rose 70 per cent in 2020, and the company cut its monthly earnings before income tax, depreciation and amortisation spending by 80 per cent over the course of the year.

In January, the company said it expects food delivery to reach break even by the end of this year. It was already near that target at the end of the first quarter, as revenues equalised costs in five out of the six markets where it offers the food delivery.

“With Covid, it has been, obviously, a very transformational year. We exited 2020 larger than when we entered 2020. The key to that was really the ability to drive our delivery business,” said Maa, who will own 14.4 million Class B ordinary shares after the business combination, according to a filing in the US.

Moody’s Investors Service and S&P Global Ratings both expect Grab to remain loss-making over the next two to three years. Grab itself is projecting positive earnings before income tax, depreciation and amortisation (Ebitda) of US$500 million in 2023. 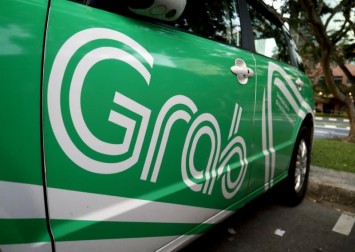 Grab’s net revenue is likely to rise 18 per cent, compounded annually between 2020 and 2023, said S&P said in a January 5 research note.

The company is projecting gross merchandise value - the total amount of sales via its platform - to top US$34 billion in three years time after reaching U$12.5 billion in 2020, equating to a more than 40 per cent compound annual growth rate.

Grab’s growing scale and user awareness will also allow it to transfer a part of customer retention costs onto merchants, as online platforms become a more prominent mode of marketing and advertisement, the rating agency added.

“For restaurants, we’re not just a delivery company, we’re a customer lead channel. Many of them rely on us to bring in new customers that would not normally have found them,” said Maa. “Three years’ ago discounts were funded by Grab, today, the restaurants see value in funding their own marketing offers and promotions.”

Net cash used in operating activities, or cash burn, has shrunk since 2018, according to the filing.

Grab claims its food delivery basket is 20 per cent higher in value than its next closest competitor in Asia because it is disciplined and pursuing customers who are more likely to transact at higher values over its app than its closest rivals.

Marketing costs are also lower than peers’ because it can better optimise drivers’ time; for example, 59 per cent of its two-wheel delivery drivers also take passengers. Higher earnings for drivers means it has to spend less keep them within its network.

What is Grab’s growth potential across its footprint?

Grab operates in eight countries: Singapore, Indonesia, Cambodia, Malaysia, Myanmar, the Philippines, Thailand and Vietnam. By 2025, the addressable market opportunity across online food delivery, ride-hailing and digital wallet payments will have swelled to around US$137 billion.

Grab’s biggest market is Indonesia, where it faces stiff competition from rival Gojek and was the country worst hit by the coronavirus pandemic. However, no single market accounts for more than a third of its business.

The region’s population is more than 670 million people, of which six out of 10 are unbanked or underbanked.

Digital services are still nascent in much of the region, with penetration rates for online food delivery services about half of what they were in China last year. Ride-hailing is even less common, at about 3 per cent of the market in Southeast Asia versus 15 per cent in China.

Online food delivery is expected to grow from about US$11 billion in Southeast Asia today to about US$21 billion by 2025 and consumer expenditures for ride-hailing are expected to more than triple to about US$16 billion.

Even as vaccines are rolled out, and lockdowns loosen in cities such as Singapore, Grab sees the shift to digital services sticking. In Jakarta, where the traffic jams are infamous, food delivery volumes continue to grow as consumers save time by staying at home.

“Preliminary data suggests its a permanent change, we haven’t seen a snapback at all,” said Maa.

Since its debut in 2012, Grab has expanded its business from a simple taxi-booking app to a diversified provider of services across product lines, glued together by top-notch tech.

One reason for its success: the company remains focused on the region and the need to offer services suited to local conditions, according to Maa.

“We’ve always believed you have to be hyperlocal to win. When we were competing with Uber, Uber was focusing on black cars,” Maa said. “We knew that many consumers preferred motorbikes. It’s not an inferior form of transport. In fact, many of our consumers prefer it because they don’t get stuck in a traffic jam. It’s cheaper. It’s better.”

All these services generate scathes of data, about 40 terabytes daily. Grab is putting this data to work and creating new services such as maps of over 10,000 km of unmanned alleyways that are important conduits for travel in Southeast Asia, but may not be picked up by mapping software from Apple or Google.

Grab also is increasingly mapping the “first and last” 100 metres of trips to help its drivers navigate locating restaurants tucked away in shopping malls and deliver to someone’s home in a labyrinthine block of flats.

The company also is using the super app concept – multiple services via a single phone app – to become more integrated into consumers lives: its digital wallet, for example, was used to distribute pandemic relief funds by the Indonesian and Malaysian governments.

Unlike Southeast Asia, competitors in other markets are unable to capitalise on providing multiple services with the same providers: motorbikes can only be used for deliveries, rather than ride shares in China.

The ubiquitous nature of the app in Southeast Asian life is paying off.

Grab has seen the number of customers using two or more of its services in a month jump five-fold between the beginning of 2018 and the end of 2020. The one-year retention rate for users of three or more services is 79 per cent, among the highest in its peer group, it claims.

“The key is the more services we deploy; the more time consumers spend on our platform. They spend more; the retention rates are higher; they generate more income opportunities for the drivers and for the restaurants on our platform,” Maa said.