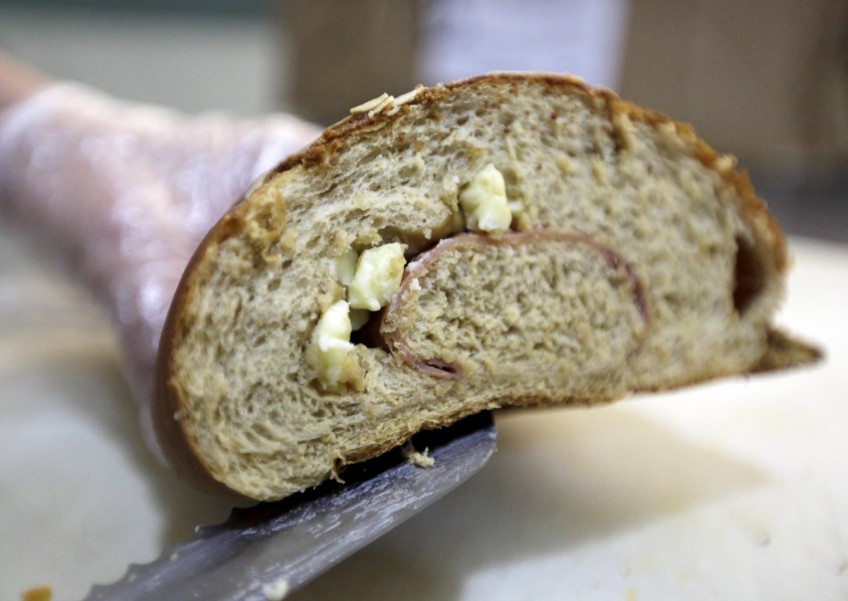 Jin is one of a rapidly growing number of Chinese consumers with a taste for non-traditional foods such as rich cakes and pizza that is fuelling demand for imported cheese.

Like many others, Jin chooses domestic producers for his daily milk consumption but wants that extra badge of quality for a special occasion. "I drink milk produced domestically," Jin says as he selects a pink confection. "But for my mother, I insisted on buying a cake that uses high-quality ingredients." The Black Swan bakery imports cream cheese and other dairy products from New Zealand's Fonterra, the world's largest dairy exporter, which is ramping up cheese production to meet the growing Chinese demand.

Chinese diets have traditionally been low on dairy products, in part because most adult Chinese are lactose intolerant, meaning they have difficulty digesting the sugar found in milk. Cheese and cream contain lower levels of lactose than milk.

"The tastes of Chinese consumers are developing and more of them are becoming more accustomed to Western food culture," Euromonitor said in a report this month. "With the rapid expansion of fast food chains such as Pizza Hut and McDonalds, the majority of Chinese people have already tasted cheese and have found they are able to accept it."

Restaurants and bakeries account for up to 80 per cent of the market. Pizza chains in particular are multiplying rapidly - Yum Brands Inc is eyeing expansion beyond its 1,600 Pizza Hut outlets in China. "We absolutely love cheese, I want to eat it every day,"said Ms Zheng, 45, a housewife eating in a Shanghai Pizza Hut restaurant who declined to give her first name.

The remaining 20 per cent of the market is driven by retail consumers, mostly buying cheese for children as a healthy snack. "Dairy import companies are really starting to think about developing their cheese segments," said Matthieu David-Experton, chief executive of Daxue Consulting in Shanghai. "The market is wide open."

Fonterra, which already supplies mozzarella cheese for most the 300 million pizzas sold each year in China, is moving quickly, seeking to reduce its reliance on milk powder, which has seen prices plummet to a six-year low.

Fonterra has ploughed more than US$170 million (S$239 million) into doubling production capacity for mozzarella, cream cheese and processed cheese slices over the past 18 months.

The company recently developed technology to create a frozen, shredded version of mozzarella in one day, much faster than the traditional two-month process. Its New Zealand plant operated 24 hours-a-day through June, using milk redirected from powder production. "A higher proportion of our milk this winter has gone into food service and consumer products and that is because we've had the plants available, we've had the demand, and we're prioritising milk into those areas," said Robert Spurway, Fonterra's managing director of global operations.

New Zealand is the largest cheese supplier to China with around 45-50 per cent of imports, but other countries are snapping at its heels. Australia has around 20 per cent of the market, the United States around 15-20 per cent and Europe about 10-15 per cent.

US firm Kraft Heinz Co, which sells products such as Kraft Parmesan Cheese in China, said it sees "significant untapped potential" for many of its brands in China.

The United States has ambitions to lift China above its current position as the country's No.5 cheese export market, its Dairy Export Council said. "Just as Fonterra and other supplies from Oceania and Europe are seeing, we see China as a growing opportunity," Alan Levitt, the council's vice president of communications, said by email.

But for many, part of the cache comes from using foreign-sourced cheese, no matter the expense.

Lin Yuwei, a chef at one of Beijing's five hip With Wheat Bakeries, uses Fonterra products in creations inspired by a visit to dairy farms in New Zealand and Australia. "As a high-end bakery chain, we are willing to pay prices for dairy products of a superior quality," Lin said.