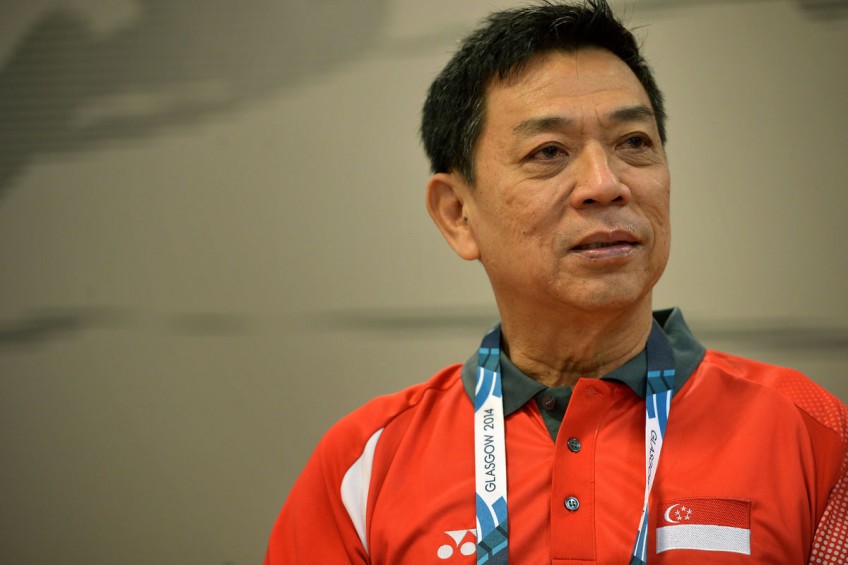 The likes of Feng Tianwei and Jasmine Ser are seen as Singapore stars who strive to bring honour to the nation.

They are full-time athletes, who can concentrate on training and competition to ensure they are in peak condition.

But a huge swathe of Team Singapore athletes strive to achieve success by juggling their rigorous training regimen with work and school.

This juggling act will become easier for a number of them, after the Singapore National Olympic Council (SNOC) announced a three-year deal with Fitness First as its official fitness partner yesterday.

The $1.3 million sponsorship deal will see 200 international memberships given out to athletes annually, and they will be able to access the Fitness First network of facilities.

While SNOC secretary-general Chris Chan expressed his delight over the deal, he stressed the Singapore Sports Institute (SSI) will remain the core support facility for the athletes for sports science and medicine.

"Our athletes have access to programmes at the SSI," said Chan.

"Still, some of them, due to work and school, are not able to fit these training sessions into their schedule, so this (partnership) can be of great benefit as they can access it in their own time."

With an eye on the early development, he added: "Most of our current athletes are taken care of but our next level of athletes, who may currently not have access to the SSI and the fitness programmes, are the ones that could really use this.

"We've written to the NSAs (National Sports Associations), mainly targeting the ones going to the Rio Olympics in 2016 and potentially the 2017 South-east Asia (SEA) Games, although the list of sports is not out yet.

"The NSAs will be the best people to tell us, from this lot of current athletes, which would require the Fitness First memberships the most."

With more than a million members belonging to over 300 clubs spread across 16 countries, Fitness First has established itself as one of the world's largest health and fitness facility for the public.

When asked by The New Paper if its trainers would be qualified enough to assist top-level athletes, Fitness First Asia CEO Simon Flint said: "The trainers involved in those programmes will be our more experienced ones… When you work at an athlete level, clearly it's quite a selective process.

"There will be a lot of emphasis on preparation and recovery, ensuring the body is in the right condition to train.

"In the new year, we're also opening a new facility that will have a real sports performance training aspect to it.

"We'll be able to provide measurements and tracking (to training) and, at that athletic level, it's important to have data, given the science behind it."

One famous face who can be spotted at Fitness First these days is national sprinter Shanti Pereira, gold medallist in the women's 200m at the SEA Games in June.

Shanti was at yesterday's signing ceremony at Fitness First Market Street, and is set to work closely with the company as one of its "Partnership Athletes".

"Firstly, I would like to thank SNOC and Fitness First for this great opportunity," she said.

"I think it's a great initiative for local athletes to better our training in terms of convenience and flexibility.

"I was taken on a tour of the Fitness First in Tampines and I was really impressed by everything, like the studios and the different classes.

"My goals are next year's Rio Olympics, and then, hopefully, to defend my title at the 2017 SEA Games, so training in Fitness First gyms will really help me develop and reach my goals."