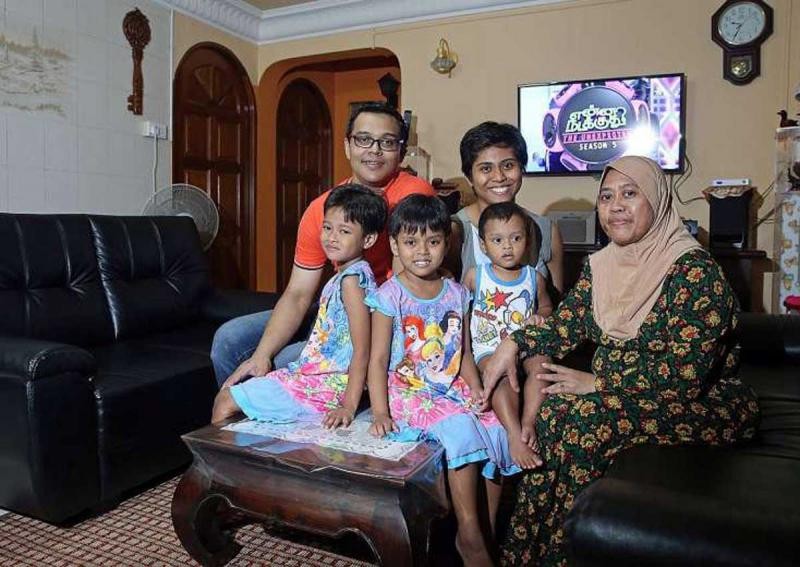 WHEN former Jurong resident Nur Liza Roslan started searching for a new home last year, she knew she wanted a place near her parents.

The 29-year-old mother of three often travelled to Bukit Batok to leave her children with her parents while she and her husband went to work.

As luck would have it, the retail assistant found a four-room resale flat for sale - in the same block and on the same floor as her parents.

With their Central Provident Fund (CPF) savings, the couple bought the unit for $323,000 in December, after receiving a $20,000 Proximity Housing Grant from the Housing Board.

The grant, introduced last year to encourage families to live closer, is given to Singapore citizen families who buy a resale flat with or near their parents or married child.

"We get to save a lot of money and also save time. We don't have to travel back and forth," said Madam Nur Liza, who moved in last week.

She and her husband are one of 2,100 families and 240 singles who have received the Proximity Housing Grant since it was introduced in August last year, said HDB.

The grant quantum is $10,000 for eligible singles who buy a resale flat to live in with their parents.

The household income ceilings to buy new and resale HDB flats with the CPF Housing Grants were raised. The ceiling for families was lifted from $10,000 to $12,000 while the ceiling for singles went up from $5,000 to $6,000.

As a result, an additional 3,700 families and 800 singles became newly eligible to buy a new flat from HDB or a resale flat with the CPF Housing Grant, HDB said.

The Special CPF Housing Grant was also enhanced since the November 2015 flat launches to help lower-income and middle-income households afford their first home.

In the November 2015 and February 2016 sales launches, some 16,400 applicants for new flats either became eligible to apply for the grant or qualified for higher grant amounts, HDB said.

They also received a HDB loan of about $212,200, said Mr Sathish. Their new flat, which costs about $234,700 after the grants, will be paid for entirely in CPF savings with no cash outlay.

Mr Sathish said this is a huge help to him and his fiancee, who have a combined monthly income of just above $3,000.

"It would've been a struggle to afford our own flat without any grant," he said.

"Now, we don't have to worry so much and can spend more money on renovation."