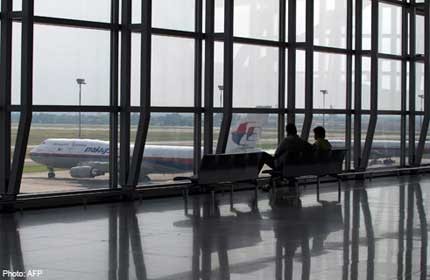 PETALING JAYA - Surveillance will be increased at several secluded spots not under the radar of close-circuit cameras at the KLIA transit area to prevent stranded passengers from hiding or living there.

Malaysia Airports Holding Berhad (MAHB) is also exploring the possibility of installing additional cameras in these blind spots where travellers with incomplete travel documents can seek refuge and overstay.

MAHB senior general manager (operations) Datuk Azmi Murad said that although it was difficult for people to hide from the eyes of the airport security, they were not taking chances following the recent cases.

He said a task force comprising security, immigration and airlines officers have started checking passengers staying overnight at the transit zone to determine whether they were genuine commuters waiting for connecting flights.

He said their names and flight details were recorded and their movements in the restricted area monitored.

"We have identified several isolated areas frequented by passengers and have enhanced scrutiny in these spots," he said.

The enhanced checks follow the case of Palestinian national Ahmed Kanan who spent over 50 days at the transit area unknown to the authorities.

Ahmed has offered to cooperate with the MAHB to share his experience as to how he survived staying in the transit zone with the help of passing passengers and airport workers.

A visit to the transit zone, which stretches about 1km long, showed that the news and sports lounges are among the favourite places for passengers on long transits.

Both lounges are located in the mezzanine floor at the arrival gates and are peaceful and comfortable for anyone wanting to take a nap.

Ahmed had "camped" at the news lounge which is equipped with four television sets screening news and movies 24 hours and has ample plug points to charge electronic gadgets, all for free.

It offers single and two-seater sofa sets for passengers to sit or sleep in the couches and also surf the Internet for free.

It has 63 retail outlets, 17 food and beverage shops, an indoor forest park with a cascading waterfall, a transit hotel and ample area for passengers to rest and relax and even get a massage.

For the first five months of this year, KLIA registered a total of 18.2 million passengers and MAHB is now concerned over its five-star facility being abused by irresponsible travellers.