Most Singapore-listed firms not open to Brexit risks: Analysts 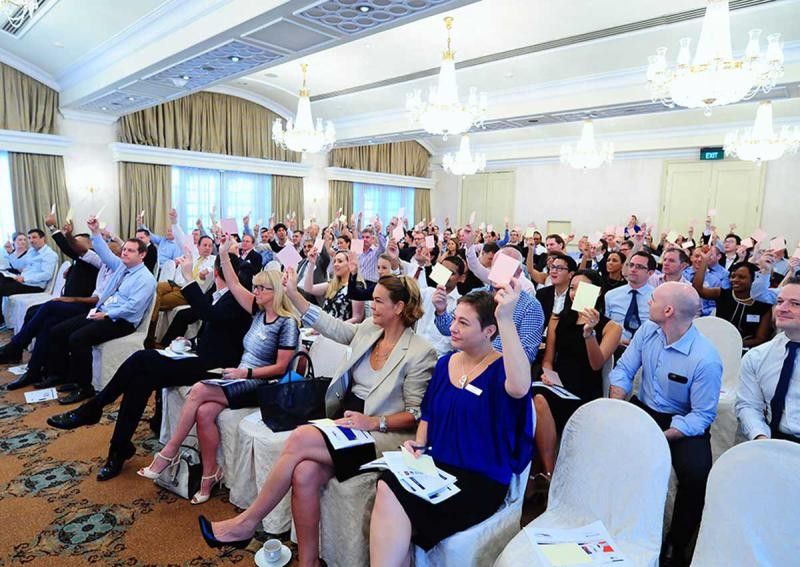 SINGAPORE-LISTED companies are by and large insulated from Brexit risks except a handful that have operations in the United Kingdom such as ComfortDelGro, City Developments Ltd (CDL) and Ascott, analysts say, noting that short-term volatility in the British pound (GBP) may increase hedging costs and affect forex-translated earnings.

The bigger question is what happens to Europe after Brexit, they add.

Britain is set to go to the polls on June 23 to vote on whether it should stay in the European Union (EU) or leave.

Risk aversion ahead of the referendum has already taken its toll on equity markets, with the Straits Times Index (STI) chalking up four straight sessions of declines before recovering slightly on Wednesday.

But despite the financial market jitters, only a few companies here actually face some risk from Brexit since most Singapore-listed firms operate mainly in the Asia Pacific region, analysts said, adding that the economic impact on Singapore will likely be muted.

Corporates with UK exposure that spoke to The Business Times were also largely unfazed by Brexit, saying that they expect London to remain a key city for business and continue to attract investments in the long run even if Britain should exit the EU.

"Brexit is a risk event that could potentially trigger a kneejerk reaction in financial markets, especially for the UK and Europe at large, elevate financial market volatility and dampen business confidence in the short-term," OCBC economist Selena Ling said.

"However, the actual economic effects on the Singapore economy may be muted."

CMC market analyst Margaret Yang also said: "Generally speaking, not many local companies are directly exposed to significant Brexit risks because their business focus are still within (the) Asia-Pacific region".

Analysts said Brexit risks for local firms could show up in the form of near-term uncertainty, foreign exchange volatility that could raise hedging costs, and currency translation losses if the GBP continues to weaken.

There could be a "shock fall" in the pound by as much as 10 per cent against the greenback if Brexit occurs, said Stuart Allsopp, global head of financial markets strategy at BMI Research.

"However, we also think that the costs of leaving are overblown and as such any significant GBP weakness would likely prove to be temporary."

Philip Wee, senior currency strategist at DBS Group Research, said if Britain votes to leave the EU, some of the worst forecasts see the pound falling sharply by 10-20 per cent on a trade-weighted basis.

But he added that "even so, there are doubts that a GBP depreciation on Brexit will be that drastic", partly because central banks have contingency plans so that banks can have enough liquidity in pound and foreign currencies.

Analysts note that in the Singapore stock market, one blue-chip with significant exposure to the UK market is ComfortDelGro (CDG), which operates buses and taxis there.

Major Singapore property players such as CDL and CapitaLand also have a significant presence in the UK, and several smaller ones have recently ventured into cities such as London and Manchester.

Yeo Kee Yan, Singapore market strategist at DBS Group Research, said in a June 13 report that for CDG, earnings from its Metroline bus operations in the UK may be affected if the pound weakens and every 10 per cent decline in the pound against the Sing dollar "will lead to a 1.7 per cent drop from translational changes in our forecasts".

Its listed hospitality arm CDL Hospitality Trusts also has a hotel in Cambridge.

Overall, CDL has seven residential properties in the UK, and it and its subsidiaries own and operate 19 hotels there.

When asked about the impact of Brexit on their business, CDG did not respond by press time and CDL declined to comment.

For CapitaLand, its annual report showed that 8 per cent of its revenue came from "Europe and others".

Though it declined to say how much of that was from the UK, it indicated that most of its UK business was under its The Ascott Limited hospitality arm.

Ascott manages eight properties with more than 1,000 apartment units in London, out of which it owns six properties.

Four of those six are under its real estate investment trust, Ascott Residence Trust.

Alfred Ong, managing director for Europe at The Ascott Limited, said in an e-mail: "London is one of our key markets in Europe. Our main clientele in London is corporate travellers. While we are closely monitoring the situation leading up to the referendum on 23 June 2016 and after, we believe that London will continue to be a key business city in the long term."

London property has long-term appeal and Oxley is naturally hedged against pound depreciation since it collects and pays in pounds, Oxley chief executive officer Ching Chiat Kwong said in an e-mail.

"London is very cosmopolitan and still appeals to Middle Eastern, Asian and other investors."

If the pound drops, there may be more demand for London property because it becomes more affordable for international investors, he added.

Smaller developer Heeton Holdings, which has a hotel in London and recently led consortiums to buy properties in Gloucester and Manchester, did not respond by press time.

This article was first published on June 16, 2016.
Get The Business Times for more stories.